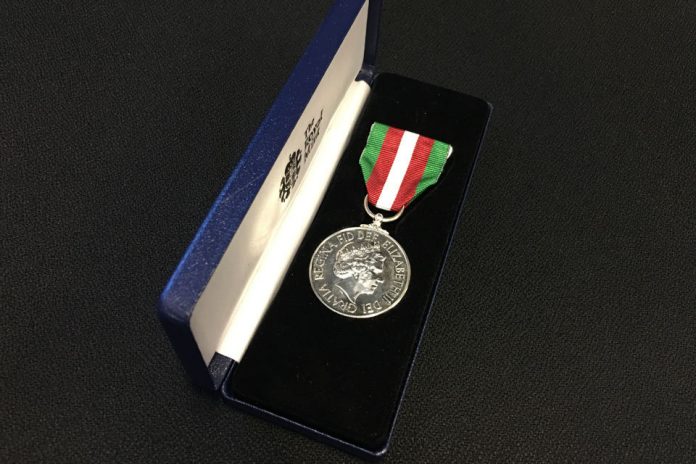 Third Officer Max Bingle, who at 24 years old stands as the youngest ever recipient of the prestigious Merchant Navy Medal, has today (12 November 2020) been recognised for saving people’s lives in dire straits at sea.

Max, from Devon, is joined by 19 other mariners awarded for outstanding service and contribution to the sector, including services for fishing safety and training throughout their careers.

While at sea, Third Officer Max Bingle responded to the distress call in pitch black, rough waters to save 3 men on a sinking boat. Despite his own boat becoming endangered during the rescue mission, he drove forward and, with the help of 2 others, saved the lives of his fellow mariners.

Another recipient is Fazilette Khan who has received the accolade for her services to the marine environment. Fazilette began her career as a Radio Officer in 1984, and set up the marine environmental charity GreenSeas Trust in memory of her mother Haida Khan as she saw an increase of litter around the coast. The charity has overseen the successful BinForGreenSeas campaign, which has seen nautically themed recycling bins placed in every coastal town because of her actions.

I am delighted to announce the recipients of this year’s Merchant Navy Medal. They have all gone beyond the call of duty to provide an invaluable service to our sector and our country.

It’s a special honour to award the medal to Max, its youngest ever recipient. He showed incredible bravery in saving 3 fellow sailors from drowning in rough seas, and this award is a recognition of his incredible selflessness that night.

The Merchant Navy awards celebrate the vital role of Merchant Navy seafarers and the contribution they continue to make to our country, as well as their well-known service during wartime.

This recognition is completely out of the blue. Everybody on board acted in the highest maritime tradition by going to the aid of fellow sailors in peril on the sea. Saving lives is what we are trained to do as seafarers, and I’m grateful for this recognition.

Other recipients of this year’s medal include Captain Chris Locke, who first went to sea as a Deck Cadet in 1977. His seagoing career spans over 35 years and took him around the world, with multiple deployments including the 1982 Falklands War.

Guy Platten has also received the medal for his services to the maritime sector, stretching from outstanding services for life-saving projects an,d most recently, his extraordinary efforts in supporting the government to resolve the crew change crisis during the coronavirus (COVID-19) pandemic.

During the COVID-19 pandemic, the UK government has led the charge to safeguard British maritime workers, including successfully repatriating 1,500 UK seafarers from overseas and a further 15,000 foreign national seafarers from 110 nationalities, whose movement was restricted due to closed borders and have been flown home from UK shores. To ensure their swift repatriation, the Maritime Minister held the world’s first summit with the United Nations and secured recognition for seafarers as key workers.

The 2020 Merchant Navy Medal awards recipients are available, and nominations for the 2021 awards are now open.