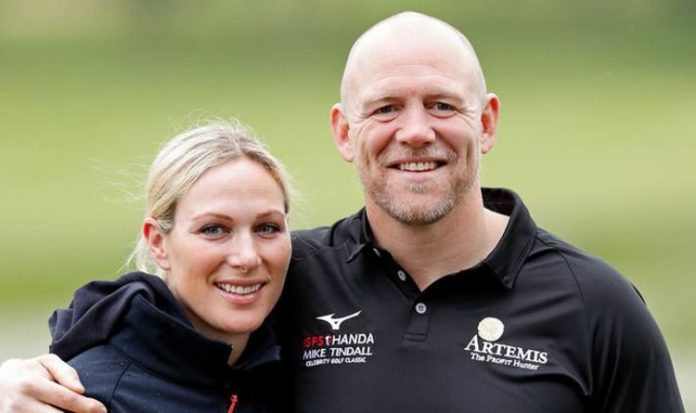 Zara and Mike appeared in a four-minute-long advert in late August showing how the V-Health Passport works. This app aims at bringing back fans and staff safely into sports stadiums by providing them with a digital passport displaying on the phone the results of coronavirus tests and a person’s health status, guaranteeing they are not at risk of spreading COVID-19.

However, in the video promoting this technology, Zara is seen having an antibody test.

Government guidance says this type of test can’t detect if a person currently has COVID-19 but can only show if they have been previously infected by it.

This has sparked concerns among a few experts, who argued people could be led to think by this advert a negative antibody test means they are not infectious.

Jon Deeks, a professor of biostatistics at the University of Birmingham, explained why he reported this advert to the Medicines and Healthcare products Regulatory Agency (MHRA), saying: “If people use these tests, they get a negative result and they go and think they haven’t got COVID when they could actually still be infectious, that might mean that people don’t social distance and so on.

“And that might increase the risk of actually spreading COVID.”

He also said the tests would still miss cases in the early stages of infection, when most people are more likely to spread coronavirus.

Simon Clarke, associate professor in the School of Biological Sciences at the University of Reading, said the Government was correct when warning antibody tests can’t test for current infections.

He said: “They are a poor diagnostic and that is why they are not used.

“They are used to look to see who has had the infection in the past.”

VTS Enterprises, which owns the app, said the antibody test in the video was featured only for “illustrative purposes”.

The company said it is true antibody tests are usually only used to detect previous infections – but the one featured in the advert with Zara was different, as it tested for antibodies which are present in the blood as early as three to four days after the infection.

READ  Covid vaccine: Will the vaccine be prioritised by tier? | UK | News (Reports)

They added that this test could be used to screen for “possible current infection”.

In a statement, VST Enterprises said: “In this particular instance the V-Health Passport was demonstrating how a rapid COVID test kit could be used.

“It will work with any test that is recommended by the Government.”

In the video, Zara can be heard asking if she was about to be tested for antibodies.

While taking a sample of her blood, the professional replies “So, this is testing only for antibodies, but you test for three different antibodies.”

Zara and Mike, who had also been tested at a different moment, are later shown the results of their tests.

The professional can be heard telling the Tindalls they are “clearly negative” for COVID-19 “current” infection.

Speaking after the test, Zara said in the advert: “The V-Health Passport and rapid testing is really important, especially for the riders, who are travelling all over the country and maybe to other countries to give the reassurance to the events that they are travelling that they are either negative or if they have a positive result maybe they shouldn’t be there or maybe be tested again before they go.”

This technology, she explained, can give confidence to sportspeople, volunteers staff and fans to attend larger events again despite the COVID threat.

The app developed by VTS Enterprises allows to book a coronavirus test and to then upload the results to the V-Health Passport.

This digital passport will display the person’s current health status as a unique digital code that can be scanned from more than two metres away.

Zara and Mike became VTS Enterprises’ ambassadors in May.