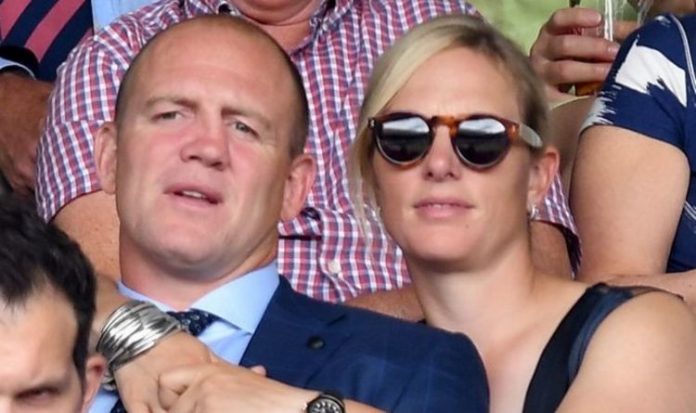 The former England rugby player married the Queen’s granddaughter in 2011 before welcoming daughters Mia and Lena in 2014 and 2018 respectively. Now Zara, 39, and Mike, 42, are just months away from extending their brood and the dad-of-two has revealed he is fretting over money.

Mike retired from professional rugby in 2014 and has since enjoyed a steady income by giving speeches and attending dinners.

But like millions of Britons across the country, his livelihood has been severely impacted by the coronavirus pandemic.

In an interview with The Times, he said: “You always worry about money.”

He admitted that being part of the Royal Family but needing to work has both “benefits” and “negatives”.

Mike described himself as very fortunate in knowing he had money coming in from ambassadorial roles.

But he said he and his wife were not naive about how short-lived sponsorships can be.

And he said the family was preparing financially to welcome their third child, whose due date is in the summer.

“You think about what you do and you have to be aware of it, but it doesn’t necessarily dictate.”

Announcing their decision to quit as senior royals last January, Harry and Meghan said they wanted to become financially independent.

A year on, the couple have bought themselves a mansion in Montecito, California, estimated to be worth £11 million.

The Sussexes have signed massive business deals with Netflix and Spotify in a bid to keep the notes rolling in.

Both deals are reported to be worth millions of pounds.

Her husband rakes in cash by co-hosting a podcast – The Good, The Bad And The Rugby.

Mike has also made television appearances including taking part in The Jump and Bear Grylls: Mission Survive.

He described his wife as his best friend and said they would not find out the gender of their baby before it is born.

He said while he and his wife hoped the tot is a boy, they do not mind as long as the baby is healthy.