Zara Tindall, 39, is the only daughter of Princess Anne, 69, who will turn 70 on Saturday. While the Princess Royal’s upcoming milestone has prompted royal watchers to reflect on her remarkable career as a working royal, the important birthday is expected to go ahead without much fanfare.

Queen Elizabeth II, 94, and Prince Philip, 99, relocated from Windsor Castle to Aberdeenshire last week and are expected to remain there until autumn.

While Princess Anne may have hoped to join her parents at Balmoral to mark her birthday, initial plans are said to have been cancelled because of the pandemic

Quizzed about celebrations for Princess Anne’s birthday, her son-in-law Mike Tindall revealed initial plans for a Scottish get-together were off the cards amid the coronavirus pandemic.

Speaking on The One Show, Mike said: “We did have plans, it would have been up in Scotland, but with covid everything has been scaled back a bit.

Asked about Princess Anne, Mike said: “She’s just an incredible woman in terms of how much work she can get through.

“We will be doing something but I am going to keep my lips sealed.”

Mike and Zara have two young daughters – Lena, two, and Mia, six, and they live close to their grandmother in Gloucestershire.

While Princess Anne, her son Peter Phillips and the Tindall family might not travel to Scotland together this year, some Royal Family members have already been at Balmoral.

As the couple are both in their 90s they are at high risk from COVID-19 and will need to be particularly cautious about how they socialise.

Ahead of leaving Windsor for Balmoral, the Queen is understood to have met Anne for a private birthday lunch at Frogmore House in Windsor.

The under the radar encounter further suggests the Princess Royal will not be with her parents as she turns 70.

However, there is still a chance she and her husband Tim Lawrence could visit Balmoral at a later date.

Anne is a keen sailor and she and Tim usually go sailing in Scotland every summer.

If they decide to go ahead with their annual sailing trip they might drop in at Balmoral afterwards.

This year Anne’s birthday will coincide with the 75th anniversary of VJ Day.

Commemorations are expected to take place across Britiain on Saturday and Prince Philip will appear in a photo montage of veterans to be broadcast on the occasion. 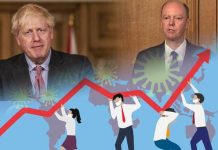 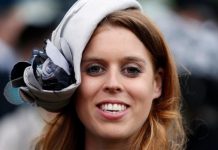