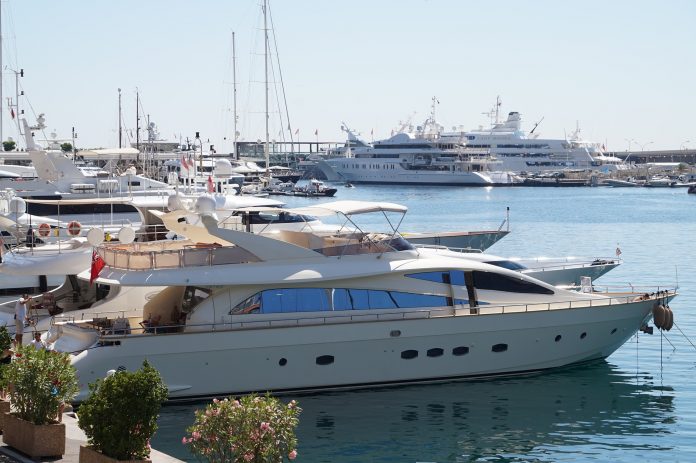 Asset Tracing and Recovery – Identify, Secure, Recover.
By taking advantage of differences in legal systems, the high costs in coordinating investigations, lack of international cooperation, and bank secrecy in some recipient countries, ne’er-do-wells –fraudsters, embezzlers, drug cartels, and corrupt government officials are able to preserve much of their ill-gotten gains overseas very often in designated offshore jurisdictions further complicated by a series of highly complicated paper trails and front companies.

Offshore is typically defined as business activities that take place anywhere else in the world outside of an individual’s own home country, or away from home shores in another jurisdiction, meaning a sovereign territory, country or region within a country, that has its own legal structure and governing body. However, the true definition is commonly misinterpreted. Many such jurisdictions are based on islands, which has brought the terminology in a literal sense.

The opacity of most offshore jurisdiction makes the burden of “proof” of ultimate beneficial ownership difficult to say the least, which is why many criminals use them to hide their assets. They often utilise numerous trust and corporate structures across multiple offshore jurisdictions to layer and hide ownership.

The main challenge of asset tracing in such jurisdictions is the myriad of data protection and secrecy laws, treaties and legislation specifically designed to secure such assets from being traced, let alone recovered.

According to the World Bank, the cross-border flow of proceeds from criminal activity, corruption and tax evasion is estimated between US$ 1–1.6 trillion per year — with over half of this amount looted from developing and transitional economies.

Asset Tracing or Asset Tracking, the process whereby investigators conduct specialist financial
enquiries to determine an individual subject or company´s wealth, assets such as cash, money in bank accounts, investments in stocks and bonds, real estate, luxury vehicles and yachts, art and precious metals. A key factor in any Asset trace is the ability to quickly assess the probability of recovery of the identified assets – as of course there is little point pursuing non-recoverable assets that are otherwise encumbered or legally shackled.

It cannot be stressed enough that an asset trace can be costly and time-consuming and it is especially challenging for those working in the context of failed states, widespread corruption, or with limited resources. Other challenges include navigating data protection laws, treaties and jurisdiction specific legislation.

The entire Asset Tracing process is made up of a highly complex series of protocols that require expert professional support. It requires skill, judgement, speed of thought & action and legal intelligence in order to pursue and reclaim identifiable assets whether they have been lost due to negligence or misappropriation.

Having said that, whether pursuing assets through criminal or non-conviction based (NCB) confiscation or through proceedings in a foreign jurisdiction or a private civil action, the objectives and fundamental process for recovery of assets are generally the same.

They can be categorised into four key phases Pre-Investigation, Investigation, Judicial and Recovery. Pre-Investigation starts as soon as the asset trace is instructed. This initial phase includes gathering and analysing as much intelligence as possible on the target, the potential assets, their value, their location and the status of their registered ownership, if any.

Once the assets have been identified in the Pre-Investigation phase the process moves to the Investigative phase.
Frequently at this stage in an Asset trace, cash, cash at bank, goods and chattels are identified  as having been amassed as the result of criminal activity. Where this is the case the evidence will be quickly passed to the relevant prosecutors, who after assessing the probability of a successful conviction will pursue the perpetrator though the criminal courts and seek a successful prosecution. In the same way as a civil recovery they must secure the assets pending the outcome of the case.

The Judicial phase includes the trial and then issuance of the judgment against the persons identified in the Investigation phase. When all avenues of appeal have been exhausted the Assets then transition from “frozen assets” to “confiscated assets”.

Securing the Assets
Once the investigation has identified the assets and their provenance the time comes to secure and restrain the assets to avoid possible dissipation, removal or as in some cases destruction.

In order to secure the identified Assets seizure, the Asset tracer must seek judicial authorisation such as a Mareva injunction – A temporary injunction that freezes the assets of a party pending further order or final resolution by the Court.

The so-called Mareva injunction, developed by courts in England, prevents a defendant from transferring its assets outside the United Kingdom or otherwise dealing with its assets (other than in the ordinary course of business and for the payment of proper expenses) during the pendency of an action.

Although originally limited to assets within the United Kingdom, Mareva injunctions (Worldwide Mareva Injunctions) have been extended so as to cover many other jurisdictions.

READ  Top 4 Tips For Improving Buildings From A MEP Engineer

Courts in the United States have also been faced with issues for which transnational provisional relief, including the power of a court to issue an injunction that extends beyond national borders have been considered. The Mareva injunction represents a model for providing provisional relief to which U.S. courts may look in considering whether to grant injunctions with an extraterritorial effect.

Where the Assets are held in foreign jurisdictions International cooperation is essential for their successful recovery. A sound global network is needed to provide local knowledge and legal processes to implement provisional cautions, assist in the Assets recovery and to oversee their final return.

Asset Recovery
When a court has ordered the restraint, seizure, or confiscation of assets, steps must be taken to enforce the order. If assets are located in a foreign jurisdiction, a request must also be submitted.

The order may then be enforced by authorities in the foreign jurisdiction through either (1) directly registering and enforcing the order of the requesting jurisdiction in a domestic court (direct enforcement) or (2) obtaining a domestic order based on the facts (or order) provided by the requesting jurisdiction (indirect enforcement). Similarly, private civil judgments for damages or compensation will need to be enforced using the same procedures as for other civil judgments.