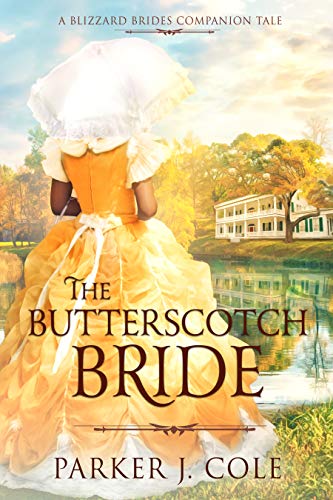 Anti-racism protests across the world have highlighted issues that people from minority backgrounds face. It has had a positive impact in a sense that people from all over the world from various backgrounds have come together to tackle this issue, and are trying to come up with solutions on how to eradicate this from society.

This made Parker J Cole research into black history more, and as she was studying she made extraordinary discoveries that there were black people for example in Victorian, Medieval times in different countries across the world, who were not just enslaved but also held high positions in society.

Take for example composers George Bridgetower and Le Chevalier de Saint-Georges, they made a excellent contribution to classical music in medieval Europe, and Anton Wilhelm Amo who was a Philosopher from Ghana and was a professor of Helle and Jena in Germany after studying there, the list goes on and on.

In her newest published work, The Butterscotch Bride, an antebellum sweet romance that takes place in Alabama, Parker uses the element of sweet romance to focus on the love of two enslaved people in a unique way that doesn’t solely focus on the struggle of African Americans in the U.S. but on their strength of character through adverse times.

“Yes there was oppression, but oppression is not the end of the story. In Butterscotch Bride, I wanted to focus more on strength than struggle, hope instead of despair, and forgiveness instead of judgement.

There will be more books like The Butterstoch Bride not just in Medieval Europe or the U.S., but across the world. My agent is currently in talks with a publishing house concerning them.  I aim to change the narrative in a sense showing that we were more than enslaved people, but an empowered people.”