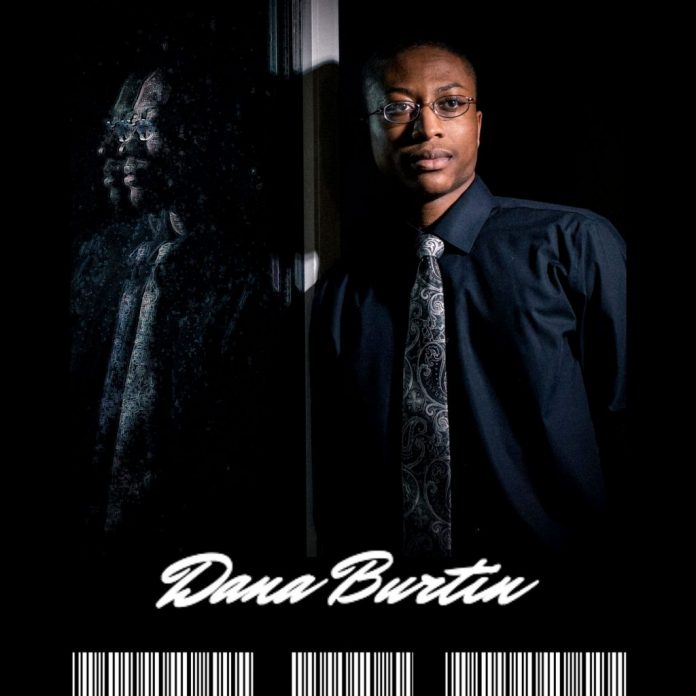 Every Celebrity and Politic Shoutout on LyricalGenes ‘Dana Burtin’ Album

The first track is called, “First Message (Freedom of Thought)”. Here, LyricalGenes talks to his listeners detailing the fact that the number of views you receive from one’s craft is not an accurate reflection of your skill or talent. LyricalGenes coincides technology with fame and how many individuals fake their image to look as if they have “everything figured out”. In addition, LyricalGenes says, “Especially younger audiences have a tendency to follow, what is known as the wave, where if an artist accumulates a certain amount of views, all of a sudden people jump on the bandwagon to hype up a music style that may be subpar to the person getting 1,000 views compared to the person with a million.” (Dana Burtin, Track #1) LyricalGenes ends this track by letting listeners know that the world needs to develop freedom of thought and like music for what it is and blocking out comments that could persuade you in following the wave.

“Bizness Man” is the second track, but first song on the album ‘Dana Burtin’. LyricalGenes’ hook gets his audience moving to a dance beat, style, and lyrics that you cannot help but groove to. In addition, LyricalGenes’ hook details how he prefers to handle beef face-to-face rather than letting media misconstrue words and make a situation bigger or worse than it really is. Furthermore, the hip-hop artist elaborates on the criticism he faced and why he feels he is not given the platform he deserves in given times. LyricalGenes states, “Let me educate you people for a quick second. I don’t rap guns, sex, drugs, violence, so critics don’t find me pleasant. Until you doing what I’m doing, you can get the stepping…Alot of people can’t look at themselves to identify their own reflection. I’m a leader by nature. I’m not signing papers. I make the papers. You sign. That’s business man.” (Dana Burtin, Track #2)

I’m Still Here – LyricalGenes transitions from the “Bizness Man” topics to the third track called, “I’m Still Here”. On this song, LyricalGenes frames how dream chasers will hear other people encouraging them to discontinue your path of success. By listening to LyricalGenes’s extremely deep music catalogue, he feels he has faced too much criticism for preaching a message that motivates and inspires others to fulfill their ambitions in a positive manner. LyricalGenes rebuttals all criticism by stating, “The most motivated of his generation. Pushing people to keep going even if they hate me… The world tried to break me, but I have a higher threshold of receiving ignorance, hearing ignorance, but when I come around all that ignorance is rinsed.” (Dana Burtin, Track #3)

Next, LyricalGenes continues his motivational spree with another fun and lighthearted single called, “Shinin”. LyricalGenes uses a play on words because he believes that others will hate on you because you are shining and they are not. LyricalGenes reassures everyone to keep going and validate yourself instead of looking to social media to create an unauthentic image that, in reality, is fake behind closed doors. “They don’t want to see you winning cuz you shinin’.” (Dana Burtin, Track #4)

The Comeback / Revival – Moreover, LyricalGens changes pace and makes his message more direct and serious. On this track, “The Comeback / Revival”, LyricalGenes puts Black history into perspective. LyricalGenes compares slavery with present times over an intense and ominous beat. For instance, LyricalGenes uses education and prison as a comparison from slavery to present day. LyricalGenes states, “Like Ali [Muhammad Ali] in his prime. Can’t let money pull a tooth that’s Jim Crow these. Arrest you as a slave. History repeats itself. America sware it’s a phase… Educate yourself, that’s guaranteed ten lashings” (Dana Burtin, Track #6)

Apart from this, slaves were forbidden to educate themselves because slave owners were afraid that their slaves would learn the English language and figure out how to escape from the plantation and eventually understand self worth. In addition, LyricalGenes uses Muhammad Ali as an example for holding your ground because Ali was adamant not being drafted into the Vietnam War. In a popular speech from Muahmmad Ali, he stated, “My conscience won’t let me go shoot my brother, or some darker people, or some poor hungry people in the mud for big powerful America,” he had explained two years earlier. “And shoot them for what? They never called me nigger, they never lynched me, they didn’t put no dogs on me, they didn’t rob me of my nationality, rape and kill my mother and father. … Shoot them for what? How can I shoot them poor people? Just take me to jail.” With this song being the second most streamed single from LyricalGenes music catalogue, this song is worth the listen.

Next, we have “No Tension”. A single that samples the infamous Annie musical The Hard Knock Life. LyricalGenes declares how he does not want to be around fake people who go against morals to achieve something. LyricalGenes compares this to certain parts of the music industry where artists are seemingly being controlled to promote a culture that is false and influencing younger generations to follow a corrupt path.

Proceeding “No Tension”, LyricalGenes follows up with a track called, “Feel Good”. From the start, LyricalGenes states, “I want to encourage everyone to love yourself before you pursue any ambitions you may have.” (Dana Burtin, Track #8) LyricalGenes wisely generalizes the notion of knowing yourself and being comfortable in your own skin before acting on the desire to be rich or famous. By doing this, one will not look for validation from others because you know what you are capable of and proud of it.

Afterward, LyricalGenes adds “Heroes of 2020” as the ninth song to his album. With the Covid-19 pandemic affecting so many people, we forget to appreciate the little things until they are gone. LyricalGenes created a song called, “Heroes of 2020” to remind everyone that doctors, nurses, and many more are willingly putting themselves in harm’s way just to keep us safe. LyricalGenes’s song instills hope, reassurance, and appreciation for those people who are making a difference. They are the heroes.

“Beautiful Mess” is the next single from the album. “Beautiful Mess” is an oxymoron that acknowledges the difficulties one may face while chasing your dreams, while the difficulties make it that much more worthwhile. In perfect storytelling fashion, LyricalGenes is able to illustrate real life events by comparing a childhood friend, who happens to be a football player, redirecting his focus solely on his sport while letting his schoolwork suffer. Apart from this, on the second verse, LyricalGenes states, “I think I made a friend. I haven’t said that in my life.” (Dana Burtin, Track 10) This quote speaks volumes after listening to “No Tension” and seemingly how LyricalGenes is transparently going through changes.

Someone Special – Personally my favorite track, LyricalGenes’s 11th song on the album is called, “Someone Special”. This track highlights LyricalGenes’s difficulty with finding the right girl to enter a relationship. LyricalGenes has noted on previous tracks that his aphrodisiacs are loyalty, communication, and maturity. These qualities are what LyricalGenes seemingly has trouble finding in a girl.

Nearing the end of the album, LyricalGenes introduces a news song called, “Long Road”. On this song, LyricalGenes acknowledges the mistakes he has made during his journey and how one has to learn to bounce back with even greater intensity. For LyricalGenes, music is deeper than money and rap. Music allows him to express himself in a positive manner that others can relate to. LyricalGenes, again brings up his childhood by stating, “No memory when my dad was around. I was still a kid when I turned man of the house…“Expect backlash when you speak first and it’s all truth”. (Dana Burtin, Track #12) Due to LyricalGenes history, he admits to pleasing people in his younger years where he would try and satisfy others which took a toll on his health.

Next, “Never Again” is a single that LyricalGenes shows another side of himself. On this song, LyricalGenes states, “Honestly the image that you sell, cannot lie to me. I probably lived it once or twice, it’s a fantasy. Anomaly, so you see the glamour side part of me.” (Dana Burtin, Track #13) From this line, LyricalGenes is implying that he is well versed with social media images and personas due to experience in the business. With that being said, LyricalGenes is able to read between the lines to see the real “you”.

The next track from the Dana Burtin album is called, “Alright”. From start to finish LyricalGenes tells a mood fluctuating story through every song. For example, LyricalGenes advocates for women in his song, “Alright” by putting women on a powerful pedestal. With LyricalGenes being raised by women due to an absent father, Dana Burtin (LyricalGenes) understands the adversity that women have to go through everyday in the world. In particular, the music realm incorporates women into videos to be sexualized in order to sell and promote records, videos, and more to gain traction for an artists career; therefore, helping the represented label earn revenue. Nowadays with women being represented as sex symbols, LyricalGenes proclaims to all women to remain strong figures in a world that can misrepresent who they are through music videos, television, and more. LyricalGenes stands against music videos and songs that help promote the misogyny of women at all costs.

“Dreams to Reality” is the next track. “Through the fog, there’s going to be one in a million dreams to reality.” (Dana Burtin, Track #15) This is the extremely catchy hook to LyricalGenes’ new song and video “Dreams To Reality”. The song opens up with a cameo of Kanye in 2005 winning a grammy for Best Rap Album. LyricalGenes incorporated Kanye perfectly because this illustrates LyricalGenes’s intentions in the industry. With LyricalGenes’ enormous passion for all things related to music, LyricalGenes plans to win multiple grammy awards and bring his family with him.

Furthermore, LyricalGenes addresses his childhood and how he felt like an “outcast” growing up; therefore, he stands up for those who feel left out in the second verse of his song. LyricalGenes seemingly continues to protect and relate to others by any means necessary through music.

LyricalGenes ends his album on a high note with his track “LyricalGenes”. LyricalGenes goes back to his roots in what started his music endeavors. In this track, LyricalGenes explains how he is building his roster of artists, writers, and producers on his record label ‘Boyz II Business Entertainment, LLC’ and helping everyone from Ohio and abroad fulfill their dreams. This hard-hitting song captures a fun yet intense hook that will stay stuck in people’s head.

Overall, LyricalGenes album is simply outstanding. From lyrical content, to production, and style diversity, LyricalGenes is a musical and business savant. LyricalGenes is not afraid to voice his opinion, make mistakes, and be his authentic self. Personally, I have added much of LyricalGenes songs, especially from this album, Dana Burtin, to my music playlists featuring 2Pac, Nipsey Hussle, Drake, and XXXTentacion to name a few. I wish much success and power to LyricalGenes (Dana Burtin) and would recommend this album to anyone who enjoys an array of messages and genre styles in music.