GEO´_Compass™ – The Geopolitics of Albania

ALBANIA: Located on Southeastern Europe’s Balkan Peninsula, is a small country with Adriatic and Ionian coastlines and an interior crossed by the Albanian Alps.

The foreign relations of Albania are conducted through the Ministry of Foreign Affairs in Tirana. The current minister is de jure Prime Minister Edi Rama due to president Ilir Meta’s rejection of the role to be held by the de facto minister, Gent Cakaj, a result of ‘a lack of experience’ from the latter. Albania is a sovereign country in Southern Europe, and the Mediterranean that declared its independence on 28 November 1912.

READ  Repair vs. Replace Roof - Infographic Delves Into the Topic

Its foreign policy, has maintained a policy of complementarism by trying to have friendly relations with all countries. Since the collapse of Communism in 1990, Albania has extended its responsibilities and position in European and international affairs, supporting and establishing friendly relations with other nations around the world.

READ  Mary's cleaning brings you the most trustworthy and satisfying cleaning services!

The main objectives of the Albanian foreign policy are, the Accession of Albania to the European Union, the International recognition of Kosovo, the recognition of Expulsion of Cham Albanians, helping and protecting of the rights the Albanians in Montenegro, Macedonia, Greece, southern
Serbia, Italy, and the Albanian diaspora. 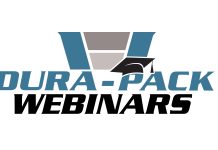 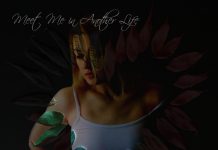 Suzana Trifkovic releases new album “Meet Me in Another Life”