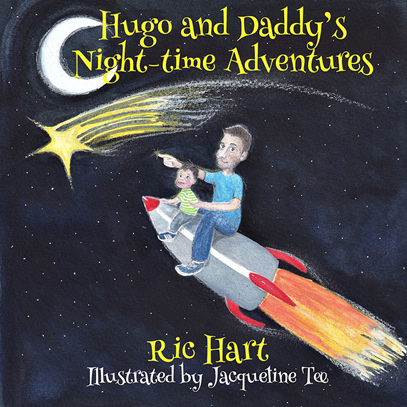 This children’s bereavement book ties in pictures with simple heartfelt words from Hugo’s daddy, Ric. Written as a poem and linked by colourful illustrations to capture moments, memories and feelings around the loss of Hugo’s mummy, it is also for the future.  It might just provide some help with a little one’s loss.

When Hugo lost his mummy ‘Jade’ straight after birth, many beautiful things were made for him, including a special ‘mummy cushion’ and a lavender scented teddy, which was created from one of her dresses. Hugo’s mummy t-shirts, which are hanging as buntin in his room, have been worn in many charity 10K and half marathon runs in memory. A personalised travel belt for clipping on Hugo and daddy’s backpacks reflects all the adventures to come.  The heart symbols lay on mummy’s resting place – red representing Daddy, green for Mummy and blue for Hugo. There is also a shooting star included for mummy and as hope for Hugo and Daddy’s future, the H symbol also represents this as a sign of hope and for the initials for Hugo Hart.

Ric Hart is father to Hugo Jaden Hart who lost his mummy shortly after birth in July 2018.  Ric lost his best friend, wife and soulmate. He is two years into his journey as a single parent and widower and has found huge inspiration, peace and acceptance from the loss of his wife by keeping her memory alive through the creation of his books and finding new hobbies and projects that he knows will make Jade so very proud and keep the fire inside him alight.

For more on the life and love of Jade, see:  www.jadehartpupylove.co.uk

“Hugo’s and Daddy’s Night-time Adventures” by Ric Hart is available in paperback from the following retailers: 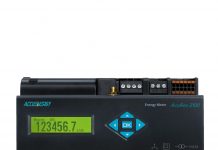 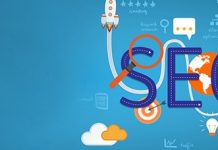