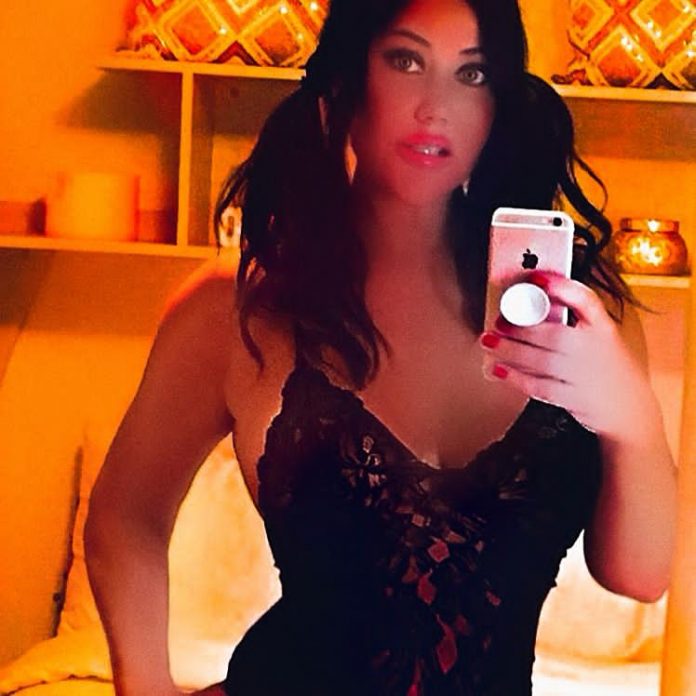 Lisa Appleton (So… Bryn & Lisa) was seen eyeing up a black lacy ensemble as the bombshell reality star turned podcaster made a quick stop in Ann Summers to check out the sales racks!

Lisa was spotted eyeing up some very scandalous black lingerie as she shopped for sexy knickers to tease her fans on Instagram.

The former BIG BROTHER  star, 52, seemed in high spirits as she shopped for some after-hours outfits in Wales.

The reality star was later seen wearing a tight black top and jeans which showed off her infamous figure.

And the bombshell made a quick stop in Ann Summers where she checked out a series of saucy underwear.

The True Crime podcaster was seen eyeing up a black  lacy ensemble which would highlight her infamous curves which she has admitted are not completely natural.

The brunette beauty has been open her surgery and has never shied away from the fact she would have more if needs be.

Lisa continued: “we only live once!”