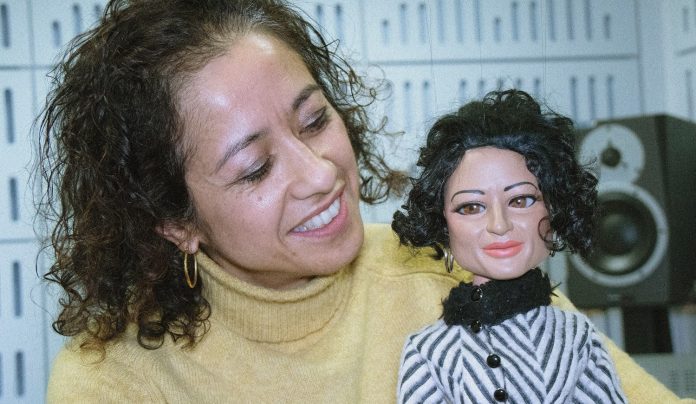 LONDON, UK: When the social distancing and lockdown measures of 2020 all but halted global film and television drama production, a thought occurred to the team at Century 21 Films. While more conventional dramas with human casts and vast crews have now become a logistical nightmare for all involved, the puppet heroes of “Supermarionation” hold no risk of coughing or sneezing on one another! The result was Nebula-75, a made-in-Lockdown, retro-style, action-adventure puppet series that is now gearing up to release its seventh instalment – a Christmas Special guest starring journalist and broadcaster Samira Ahmed.

Nebula-75 is Filmed in Supermarionation – the technique first used to bring classics like Thunderbirds, Stingray, and Captain Scarlet to life in the 1960s – the show was conceived of and produced by a group of filmmakers who lived together when their planned projects ground to a halt because of Coronavirus. The three London flatmates, stuck with a collection of puppets and models left over from previous puppet projects (including 3 new episodes of Thunderbirds for ITV) decided to make a short Thunderbirds-esque film – entirely in their living room – for a Lockdown audience.

Nebula-75‘s first episode rapidly found an audience of over 500,000 viewers without any pre-publicity and fan-art was received in droves in response to what some viewers called a sense of “newstalgia” – finding nostalgic comfort in something new. A sense that has apparently been heightened during such a worrying time for the world.

For Nebula-75‘s Christmas Special, the regular cast have been joined by broadcaster Samira Ahmed, who plays the character Juliette Destiny. After interviewing the director Stephen La Rivière on the BBC Front Row programme in May Nebula-75 and making a show in Lockdown conditions, we offered her the chance to be a voice in the show, with a Thunderbirds-style puppet specially sculpted to look like her. Of her new role, Samira states, “I did not know how much being supermarionated would mean to me. Am speechless. A bit like Marina.” 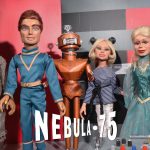 The Nebula-75 Christmas Special will be available to stream for free on the Century 21 Films YouTube channel this Christmas Eve.