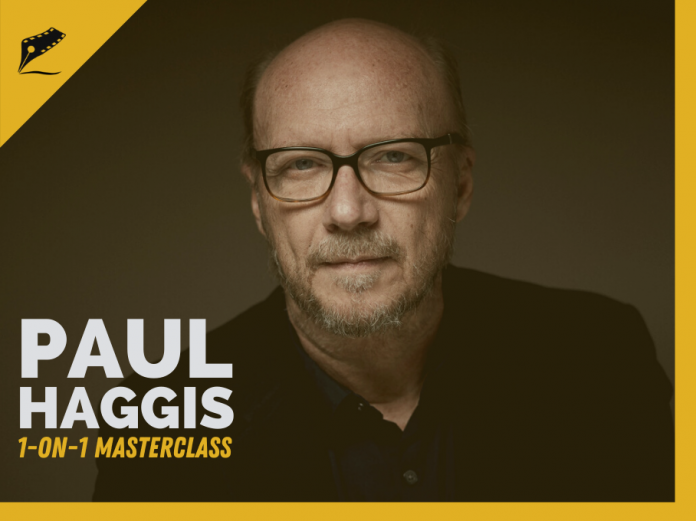 Glasgow, United Kingdom: Today, The Golden Script Competition, a yearly scriptwriting competition founded in Glasgow, UK, announced it is partnering with Paul Haggis to enhance its first-place prize. Besides the 40 production companies and agencies that will all read our winning scripts, the winner of the feature script competition will be granted a one-hour one-on-one masterclass through Zoom or Skype with the two-time Oscar award winning screenwriter — who will also personally read the winning feature script in July 2021. Writers interested in submitting their scripts to the competition may do so through FilmFreeway, Coverfly, ISA or directly on The Golden Script Competition’s website up until the competition’s deadline of March 29, 2021. Nominees will be announced on June 5, 2021.

Paul Haggis is a Canadian screenwriter, film producer and director renowned for his work on films such as Crash and Million Dollar Baby, both of which having won an Academy Award for Best Picture.

Fellow finalists will be included in the Golden List of 2021, a curated list presenting the best unproduced scripts of the year, which will be viewed by various creative executives, producers and directors.

The Golden Script Competition: Founded in Glasgow, UK, The Golden Script Competition is a yearly competition that invites screenwriters worldwide to submit their pieces for a chance at industry exposure. Since 2017, multiple finalists have signed with agents, partnered with directors and produced films of their own. Submissions are currently open for original feature scripts, TV pilots and short scripts.