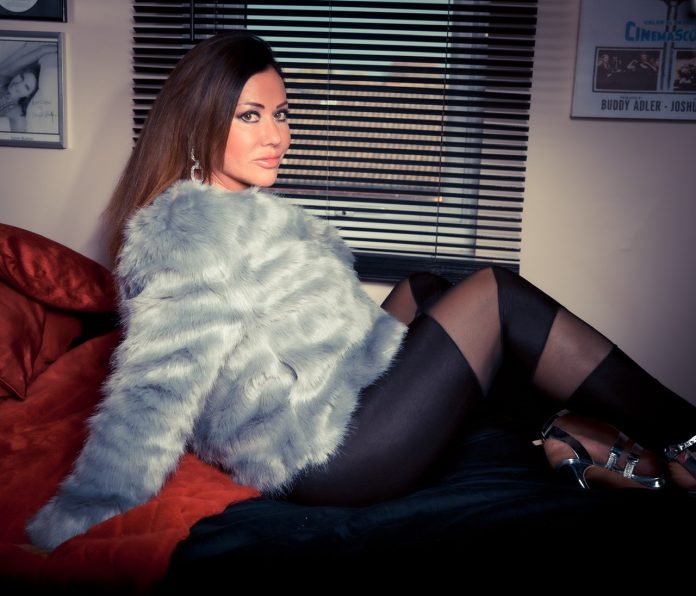 Big Brother 9’s MOST infamous lodger Lisa Appleton’s dreams were shattered in the spring of 2018 after the reality TV star had been left ravaged by her habitual addiction to sausages, and her weight had skyrocketed to worrying levels. Her life had become a cycle of disturbing tabloid antics, and fans of the star had become worried Appleton’s mental health.

“I was a mess, I can’t stress that enough. My agent at the time was getting me offers such as appearing naked in a taxi, and I couldn’t see a way out!”

Lisa, 52, said, “Pornography wasn’t a career choice I ever had on my wish list,” adding, “It was looking more and more likely that I was going to have to go along that route as I just couldn’t pay my bills. I was scared for my future and even considered suicide.”

Lisa’s inability to work led the Amazonian beauty towards a severe addiction to sausages, and she munched on the ground meat snack morning, noon and night, getting through 20 or more a day.

“It restricted my social life in many ways because I couldn’t go out for meals as hardly anywhere sells plain sausages,” adding, “I even took to hiding them in my bag and boots so that when I went out for a meal and social events I could sneak to the bathroom to have one.”

“Whenever I went out people would yell ‘sausages’ or ‘Where’s Lauren Harries’. It was devastating that I had been in the industry for almost a decade but people only recognised me as Harries’ sidekick!”

In 2019 Lisa began work on her autobiography BALLS after a chance meeting with bestselling author Bryn Curt James Hammond (A Case for Murder Brittany Murphy Files), who is currently appearing in the Investigation Discovery documentary “Brittany Murphy: An ID Mystery.”

“It was the change I needed; they allowed me to develop my skills in private through new avenues and I began my growth by really developing the inner skills.”

“After all I’m 52, I’m not getting any younger and I am aware my shelf life is limited. The image I had was tiring with the public. Whenever I went out people would yell ‘sausages’ or ‘Where’s Lauren Harries’. It was devastating for me that I had been in the industry for almost a decade but people only recognised me as Harries’ sidekick and a sausage addict! I didn’t know Harries very well and my addiction wasn’t a laughing matter.”

“Without sounding like a B***H, there are a lot more layers to me and I don’t want to be someone’s antique or walk in their shadow.”

Lisa, who appeared on the Jeremy Kyle show alongside Harries, said that was her biggest regret and was a huge career low for her. “I wasn’t in the best head space, and if I’m honest I didn’t even know her,” Lisa concluded. “When she said I’d lied on the show to make it better, I was flabbergasted, she needs help. One thing I’m not is a liar, and to suggest I needed to lie an antique dealer for a headline is preposterous and downright ludicrous. I wish her all the best and I hope she can get the help she needs – I’M NOT A LIAR!”

Lisa completed her autobiography in early 2020, and had planned to release the book this summer alongside her organic beauty range, which would tie in with her summer book tour tentatively titled ‘The GloryHole Tour’. However, the Big Brother-rumoured curse struck Lisa once more. “Covid-19 really put the kibosh on everything. I was ready to roar and my projects were halted. It was a difficult time as I had undergone an inner and outer development, and to have things placed on pause affected me personally and financially. However, I discussed with Miami Fox Publishing the idea of a cookbook and they got behind me and I released ‘Cook With Lisa’.”

Besides the eBook ‘Cook With Lisa’, Bryn Curt James Hammond, who had just completed filming a show for Channel 5 on botched surgery when Covid-19 struck, suggested the duo collaborate on a podcast for the platform Podbean. “Bryn and I have a real energy and we share each other’s spotlight and he isn’t an energy vampire like people I’ve had in my life in the past. Doing the podcast was an opportunity for me to shine as a presenter and show people I’m not just a one-trick pony. I don’t need to gyrate on Instagram to remain relevant.”

“One thing I’m not is a liar, and to suggest I needed to lie an antique dealer for a headline is preposterous and downright ludicrous. I wish her all the best and I hope she can get the help she needs – I’M NOT A LIAR!”

Lisa and Bryn launched ‘SO… Bryn & Lisa DO Wine & Crime’ during the third week of lockdown and they now broadcast the True Crime conspiracy theory show live at 10pm each Wednesday. “It’s fun and full of energy. However, it also has a serious edge to it as we cover unsolved murders and missing people with a focus on the black community,” Lisa said.

“Due to Lisa’s warmth, she’s really suited for the show,” added Bryn. “Since we began working together in 2019 we have grown very close and being able to bring awareness to cases that haven’t been given much coverage in the media is a blessing and I hope we continue to see growth. Lisa was born for this role.”

“I really do hope at some point we can develop it into a TV show. That is mine and Bryn’s dream,” said Lisa.

‘SO… Bryn & Lisa’ continues to see growth, and was recently hit by controversy after covering a Power Rangers conspiracy theory in which Reddit users claimed that Thuy Trang (the Yellow Ranger) had been sacrificed as part of a ritual killing for the Illuminati. “It was a wild conspiracy and Bryn and I are impartial on the topic. We address the conspiracy and state the facts, then it’s down to the listeners to decided what they believe!”

One Twitter user wrote, “for f**k sake don’t do this she was killed tragically in a car accident.” @gabriev28 added, “find something else to make theories on,” while another (@254mikey) posted on our official Twitter (@sobrynandlisa) page, “Stop it as*h**es.”

“I didn’t know Harries very well and my addiction wasn’t a laughing matter.”

Lisa said of the controversy, “I think fans sometimes jump the gun without having all the relevant information. We didn’t develop the conspiracy theory; that’s not what our show is . We only covered the story and gave the facts how she ACTUALLY died. If conspiracy theorists want to continue to believe she was part of a ritual killing, Bryn and I won’t change there minds.” She continued, “One of the things that really annoys me is that we covered the disappearance of 2-year-old King Walker and his 21-year-old aunt, Diamond Bynum, but it was a Reddit conspiracy theory that stuck in Tweeters’ minds. But if controversy brings in the listeners, then I’m okay with that as we are bringing awareness to active cases that still need the public’s help.”

‘SO… Bryn and Lisa’ isn’t the only project that the ‘Celebs on Benefits: Fame to Claim’ is currently filming. Lisa Appleton has decided to entertain the masses as a vlogger and launched the SO… Bryn and Lisa channel on YouTube.

“I have been wanting my own YouTube channel for so long and I’ve finally caved Bryn in,” Lisa said, proudly promoting the channel.

She added “I think it’s definitely going to be more popular than other reality TV stars channels as me and Bryn are unstoppable when we are together. We where filming everything, so much happened in one day, its likely going to have to be heavily censored and cut down.” Bryn added, “Our management worries as I don’t have an off button and having worked with everyone from Dedee Pfeiffer (Grace Jones Vamp) to Bridget Marquardt (Girls Next Door: Playboy) I have a lot of stories to tell.”

The YouTube launch comes just hours after Lisa and her co-host, Bryn went on Fubar Radio’s show ‘Access All Areas,’ presented by Bobby Naorris (The Only Way is Essex) and celebrity journalist Stephen Leng (OK Magazine).

SO… Bryn & Lisa DO Wine & Crime airs at 10pm each Wednesday on Podbean.