A man was left with blood pouring down his face after he was battered with a wine bottle in a brutal homophobic attack – for holding hands with another man.

John-Paul Kesseler was targeted on Holloway Circus in the early hours of Sunday, October 10 as he returned to a hotel with a close friend after a night out.

He was smashed across the head with a bottle and whacked with an iron bar.

His attacker fled, leaving the injured 38-year-old bleeding on the roadside. The victim and this friend were then subjected to homophobic taunts from passers-by who said: “We don’t agree with that LGBTQ stuff’.

Mr Kesseler, a student from Moseley, shared images of his wounds on his Twitter account, sparking an outpouring of support. It was the latest in a number of city centre homophobic attacks, which have prompted the West Midlands police and crime commissioner, Simon Foster, to declare the hate crime problem a “top priority”.

He told BirminghamLive: “We had all been to the Gay Village and were walking towards Holloway Circus.

“I was going to a hotel with a close friend and we were holding hands, walking towards the Pagoda.

“Outside the 24 hours shop, there was a bloke standing outside his car and he noticed us.

“He said we shouldn’t be holding hands and I said: ‘W hat’s the problem ?’

“He started getting aggressive and reached into his car for an empty wine bottle. 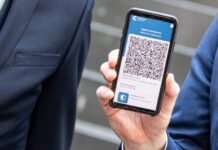 Covid passport app available in Scotland from this week: how will it work?