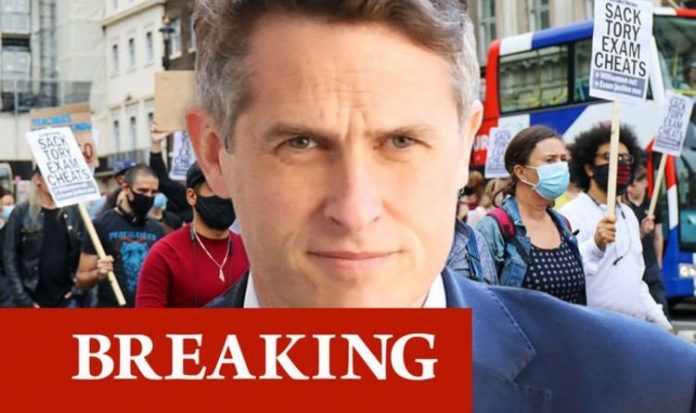 The Government is expected to announce all A-Level and GCSE pupils will be awarded teacher-assessed grades, after thousands of pupils were downgraded last week. A major announcement will be made at 4pm this afternoon by Education Secretary Gavin Williamson and exam regulator Ofqual.

At a lobby briefing this afternoon, Boris Johnson’s official spokesman refused to rule out a u-turn on the matter.

The official spokesman said: “We recognise that many people are concerned and anxious about the exam grading system.

“We will not be delaying GCSE results.”

A-Level results day was last Thursday, where about of 40 percent of results were downgraded after Ofqual used an algorithm based on schools’ previous results.

Hundreds of students have protested against how the results were calculate, as they believe they were unfairly awarded.