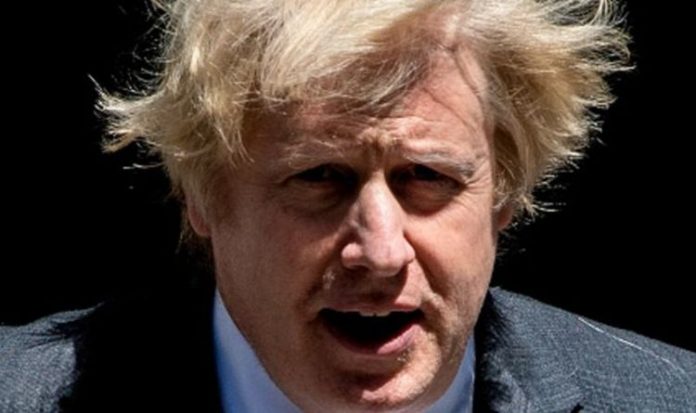 Senior Conservative MPs have called on the Government to reassess the system used to award exam grades in England this year after backlash from A-level students across the country. Chair of the Education Select Committee and Tory MP Robert Halfon urged Boris Johnson, who is currently on holiday in Scotland, to get up and investigate Ofqual’s “Vatican cardinals” ahead of the GCSEs results this Thursday.

Speaking to TalkRADIO, Mr Halfon said: “I definitely think that the Prime Minister needs to get up and set out a plan about how we’re going to make sure that the A-level grades are fair and that the GCSE grades will be fair when they come out this coming Thursday.

“And Ofqual need to stop behaving like cardinals at the Vatican in secrecy and actually come out and communicate and stop putting things on website and then taking them down in the space of a few hours.

“They have enough communication officers in their organisation funded by the taxpayers.

“What on earth is going on in that organisation, I do not know.

“And there needs to be a serious examination into the way that organisation has worked over the past few weeks.”

He added: “It isn’t just the Government, or a bunch of bureaucrats messing things up, this is affecting the lives of thousands of students”

He told LBC: “We should have started by saying that 2020 is a write-off. In other words, everything about 2020 is not going to ever be used as a benchmark.

“And that would have allowed us to say schools can use either their mocks or their assessments.

“We should have accepted that some of the marks would have been overcooked and we’d just have to work that in the system. But this year, it’s imperfect because we didn’t have exams.

“The idea that we’d have an algorithm to figure out what they might have done in an exam is really impossible and that’s where the big mistakes were made.

“I’d like the government now to say forget it, we’ll go with the assessments. We do not want this to happen with the GCSEs as well.”

Downing Street refused to rule out a shift to a Scottish-style system based on teachers’ predicted grades rather than an algorithm aimed at standardising results.

Mr Johnson has gone on holiday to Scotland this week despite the chaos over the A-level results, but held talks with Mr Williamson and senior officials on Monday morning.

In an indication that the grades awarded last week may not be the final results, a Number 10 spokesman said “the Government continues to work hard to come up with the fairest system possible”.

Signs that Mr Williamson would announce changes later on Monday came as senior ministers went public with their criticism of the system, which was put in place by regulator Ofqual after A-level exams were cancelled due to coronavirus.

Paymaster General Penny Mordaunt said she was seeking a meeting with colleagues at the Department for Education (DfE) about the issue and had made clear that if students wanted to sit the exams in the autumn there should be no fee.

“This group of young people have lost out on so much already; we must ensure that bright, capable students can progress on their next step,” she said.

The minister added that she had also “made my views on GCSE results known to DfE”.

Defence Minister Johnny Mercer said he was “acutely aware of the issues around A-level results and am equally concerned for the GCSE results on Thursday”.

In a hint that a U-turn was coming, he said: “I do not believe this is the end of the story – there are too many clear injustices.

“At this time we must not panic, and await developments. I am limited in what I can say publicly – I have had many private conversations.”