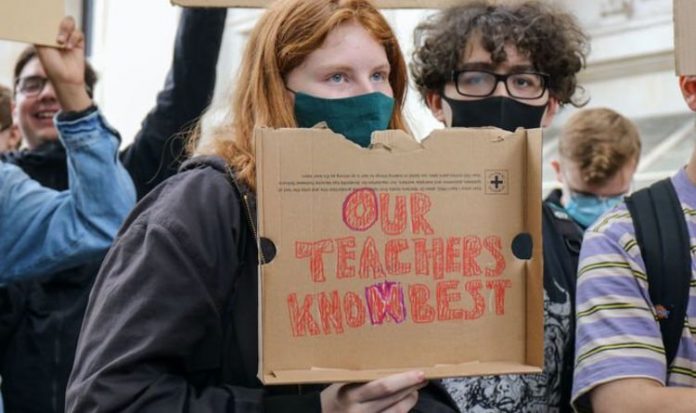 A-level students opened their results to dismay last week, with millions finding their mock and teacher-assessed marks downgraded. A Government algorithm which was built to regulate them caused the controversy which has sparked widespread national outcry. Now, officials have announced they will allow students to use teacher assessed grades, but for many the damage is already done.

What does the Government rule change mean for students?

Roger Taylor, the chair of exam regulators Ofqual, announced today the “unacceptable” experience students faced will mean they can use their centre assessed grades going forward.

The “unprecedented circumstances” will mean the algorithm-assigned results no longer count, and people can use the grades given by their teachers to move forwards.

Mr Taylor apologised for the difficulties young people faced, but the decision has already caused damage, with university places filling up.