Princess Charlotte is now five years old and appears more or less destined to become a working royal as her father prepares to become the future King. Earlier, Express.co.uk reported how Charlotte is likely to be given the title of Princess Royal when William eventually ascends the throne. Currently, however, the little royal is enjoying her childhood and time spent in school – that is, before the coronavirus pandemic and subsequent lockdown and school closures.

She began school last year, accompanying her brother to the fee-paying Thomas’s Battersea.

Her life until this point has been subject to intense media speculation as with the case with nearly all of the Royal Family’s inner circle.

The access to her and her family’s life is so intimate that, in 2016, reports emerged over the princess’ first words in public.

Charlotte was caught on camera saying her first public words in September 2016 during a children’s party in Canada when she was one year and four months old.

The little princess shouted “pop!” when she saw balloons and “da da” to William as he gave her a cuddle.

The party, as part of the family’s royal visit to Canada, saw the four travel to various spots around the Commonwealth nation.

READ  A nation mourns its Covid-19 dead. But for Boris Johnson it’s a time for triumphalism – (Reports)

Not wanting to be left out, Prince George, then three, ran over when he spotted a balloon animal being made for his little sister.

In a speech to city dignitaries at Sydney Opera House, his father William said: “George is now busy forging his own link with Australia.

“Catherine and I were very grateful for the many kind messages and gifts from across the country that we received when George was born.

“I suspect George’s first word might be ‘bilby’ – only because ‘koala’ is harder to say.”

Meanwhile, Prince Louis’, who was born on April 23, 2018, first words have not yet been revealed or heard in public.

The coronavirus pandemic has forced all the Cambridge children to celebrate their birthdays during lockdown.

While Louis turned two in April, Charlotte turned 5 in May and George seven in July.

Photos were released of George and Charlotte to mark their birthdays.

Pictures depicted Charlotte volunteering near the family’s home in Norfolk.

Meanwhile, George’s birthday snapshots of George showed him standing and smiling in the family’s garden.

Boris Johnson warning: Brexit deal will ‘come at cost and PM will have to pay’ | UK | News (Reports) 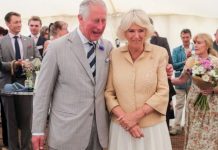 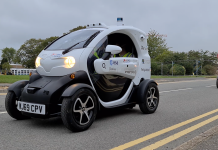