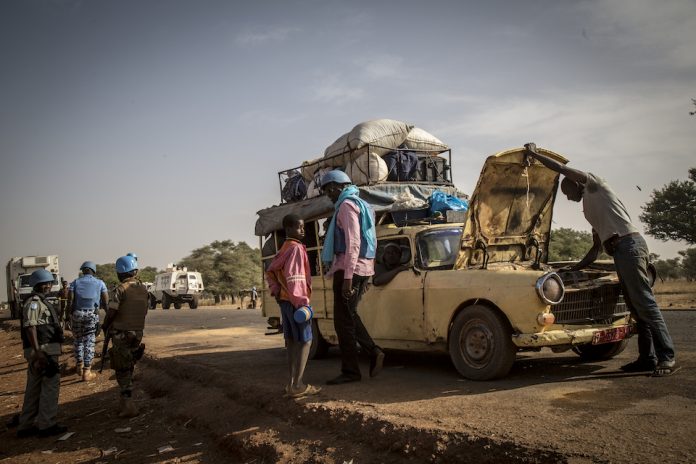 The United Kingdom very much welcomes this Open Debate. Security sector reform is not just a process focussed on building military and police institutions. It’s an important part of a broader peacebuilding enterprise and supports states in their own constitutional and political development.

The United Kingdom has invested extensively in security sector governance and reform, at home and overseas. We do so because, as we see it, a democratic, accountable and well-functioning security sector is an integral element in a broader system of government that provides protections for all citizens, based on the fundamental principles of universal human rights and respect for the rule of law.

This is what makes security sector reform relevant not just in post-conflict reconstruction, but also in conflict prevention. Because trust between citizens and the state is premised on the existence of institutions which serve and protect the needs of those citizens.

Where that trust is undermined, instability is rarely far behind. Police are often the first point of contact between a state and its citizens, but when corruption and abuse are allowed to flourish, that social contract begins to erode.

Madam President, we have seen all too often examples of security sector institutions harnessed as instruments of repression. Sadly, the world knows well the direction that leads.

Security sector reform is therefore of great importance for peacebuilding and sustaining peace. And it should be approached as part of a broader set of institutional safeguards – including law reform processes, work to strengthen accountability, judicial independence, and access to justice.

These are the building blocks of societies in which the rule of law provides protections for people, and peace can take root. But they also provide the enabling environment for sustainable development and investment.

The General Assembly recognised this in its articulation of Sustainable Development Goal 16, which is fundamentally about peace, justice, and accountable institutions.

The United Nations’ work on security sector reform is key part of international efforts to support countries to strengthen the rule of law at the national level. This is why the UK supports the Organisation’s global efforts in this field, including the UN Global Focal Point arrangement – the system’s principal mechanism for system-wide assistance on rule of law, including security sector reform.

This mechanism, funded through UNDP’s Global Rule of Law Programme, has enabled the UN to deliver critical results in support of national security sector reform efforts, through effective joint approaches between UN Peace Operations and UN Country Teams in countries from Somalia to Libya to the Central African Republic.

Meanwhile the UN Peacebuilding Fund – to which, I might say, the UK also remains a key donor – has worked hard to carve out an impressive portfolio of SSR work directly related to building and sustaining peace in countries affected by conflict.

Madam President, the United Kingdom will continue to be a staunch advocate for security sector governance and reform, and to work with UN and other partners to maximise the impact of our collective support by maximum work together.