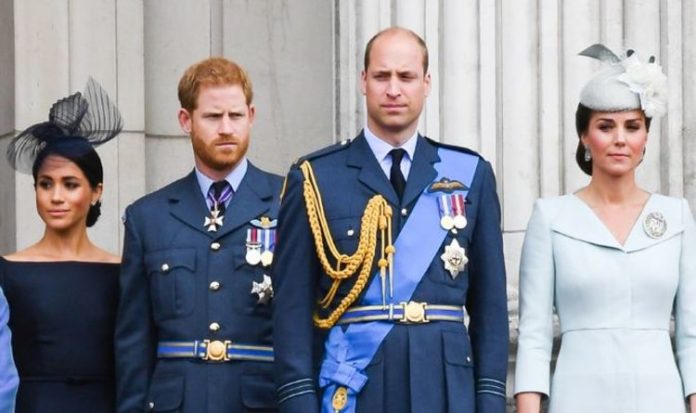 The Royal Family “were aware” of Meghan Markle’s article about her miscarriage before it was released, royal commentators have confirmed. The Duchess of Sussex had penned an essay in the New York Times, revealing that she had suffered a miscarriage in July this year. Royally Obsessed podcast hosts Roberta Fiorito and Rachel Bowie spoke about how Meghan and Prince Harry’s loss impacted the Royal Family.

Ms Bowie told listeners: “I did hear that Meghan and Harry shared the news to the Royal Family before this was published.

“They obviously didn’t want to blindside anyone.

“It seems that they do still have the communication gates open.

She continued: “I do think that this would really have taken William and Kate, and all the Royal Family too, by shock and surprise if they had published this without saying anything.

“So I think people in the Royal Family were aware this was coming.”

The commentators also discussed how the distance between the family members may have made the tragedy more difficult.

The Sussexes have been unable to return to the UK since they left the country in April due to the pandemic.

A source in Harry and Meghan’s office has said that the couple would have been back in Britain much sooner had it not been for coronavirus.

Frogmore Cottage, the Windsor property for which they repaid the £2.4million renovation cost, will remain their UK home.

However they will be sharing the place with Harry’s cousin, Princess Eugenie, and her husband, Jack Brooksbank.

The Sussexes have allowed their relatives to move into the property, although they will retain financial responsibility.

A spokesperson said they were “delighted” to be able to open up their home to Eugenie and Jack.