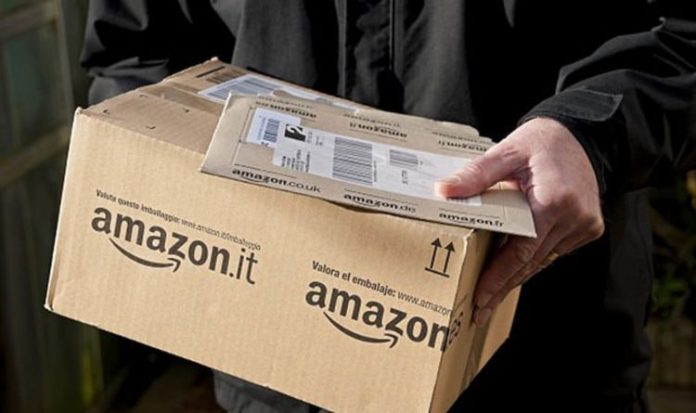 Campaigners Oceana, who are calling for the firm to reduce its carbon footprint, said Amazon generated 465 million pounds of waste last year. But the group, whose members include Boris Johnson’s fiancee Carrie Symonds, said some of the packaging cannot be recycled and ends up in landfill.

The waste polluting freshwater and marine ecosystems is the equivalent of dumping a delivery van load of plastic every 70 minutes.

Spokesman Matt Littlejohn said the waste level is “staggering and growing at a frightening rate”. But Amazon said the study was “flawed” and “exaggerated”.

Meanwhile, Amazon pocketed 40 per cent of the additional money spent online during the pandemic, MPs heard.

It comes as environmental damage caused by buildings has hit a record high – accounting for more than a third of all CO2 emissions, warns a new report.

Construction must half by 2030 otherwise it could have a devastating impact on climate change and governments must prioritise “green” buildings post-pandemic, according to United Nations figures.

Fixing the problems caused by construction could be a huge step in tackling rising temperatures, as the building sector now accounts for 38 per cent of CO2 emissions.

This increase was due to a shift away from the direct use of coal, oil and traditional biomass towards electricity, which had a higher carbon content due to the high proportion of fossil fuels used in generation.

The International Energy Agency have said governments must work together on this in order to meet the pledges under the Paris Agreement.

While construction has dropped by 20 to 30 per cent in 2020 compared to 2019 as a result of the pandemic, a green pandemic recovery could cut up to 25 per cent off predicted 2030 greenhouse gas emissions.