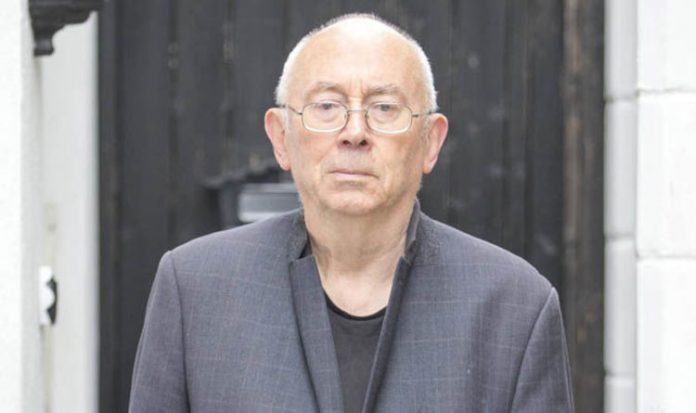 Ian Bone, 71, showed no remorse over his bullying rant and even blamed the Tory MP for putting his children in the firing line.

In a foul-mouthed explanation of his actions, Mr Bone, who is a grandfather, said: “Of course it’s ******* fair to say those things in front of the children. I could have said a lot ******* worse.

“There were three things said in front of the kids: ‘Your dad’s horrible’, ‘You love your nanny but daddy doesn’t pay your nanny enough money’ and, ‘A lot of people hate your dad’. You can’t argue with any of them. It’s all true.”

Bone was once dubbed “Britain’s most dangerous man” after the Class War newspaper he launched in 1982 featured pictures of beaten up policemen.

The full-time anarchist, who’s reportedly been on state benefits since leaving university, has a number of criminal convictions over violent protests.

Yesterday, he insisted he wanted to see the end of Rees-Mogg and the “murdering feudal aristocracy”.

He also blamed Mr Rees-Mogg for the incident with his children, and said: “Bear in mind it was Rees-Mogg who brought them out. He came out. We had a long discussion about the pay for his nanny.

“He fetched the nanny and then he went and fetched his wife and the children were there.

“If he thinks it’s a fit place for them to come then fair enough. It was all part of his softeningup process.

“Rees-Mogg went to Eton and the elder boys beat the younger boys with canes. He’s put all his male children down for Eton. They are going to go to school and get beaten. He’s quite happy with that yet someone says, ‘Your dad’s horrible’… he’s thrown a hissy fit and there’s a lot of affected anger.”

Mr Bone claimed the protest had been organised in advance with the knowledge of Mr Rees-Mogg and the police.

He said: “He knew we were coming at 6pm and us anarchists are always punctual. This was known about well in advance. There were 10 of us and there were two uniformed policemen on the door and they didn’t intervene.”