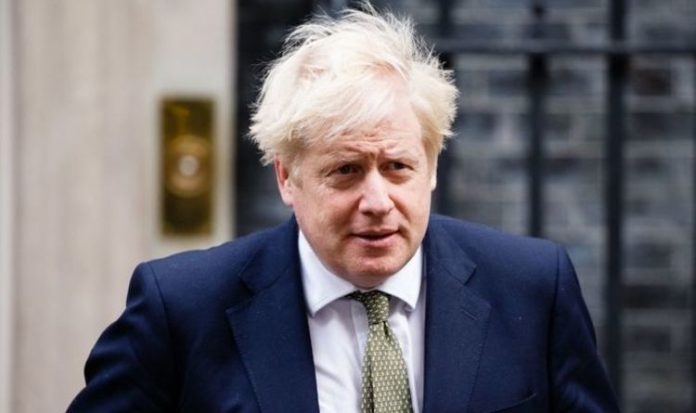 Consultancy companies, including Deloitte and McKinsey, have been offered contracts worth £30million in order to help deliver the UK’s post-Brexit independence. Other companies included in securing the delivery of the UK’s newfound independence, are Bain and Company, KPMG, Accenture, and PricewaterhouseCoopers (PwC). Commenting on the vast amount of money spent on consultants, the former BBC presenter said: “Deloitte and McKinsey, among other management consultants, have landed contracts worth £180m to carry out ‘strategic programme management’ on end of Brexit transition period.

“Surely that’s why we have civil servants.

“And £180m would more than cover free school meals over recess.”

According to the Byline Times, the contracts are intended to secure vital relationship with the EU and the rest of the world.

The contracts can also be extended to by an extra year which could therefore take spending to £360million.

The transition period is set to end on December 31 this year, although a deal between the UK and EU has not yet been agreed.

The issue of fisheries and state aid still remain the areas of divergence holding up a deal.

While not explicitly stated, it is thought the two sides have unofficially entered tunnel talks whereby neither side speaks to the press in order to avoid media scrutiny.

The EU had initially set the end of this month as the deadline for a deal to be agreed for it to then be ratified by the European Parliament.

However, given the cost of a no deal Brexit combined with the coronavirus pandemic, the two sides have pressed on with talks in order to agree a deal.

Brexit news: Boris Johnson had threatened to walk away from talks (Image: PA)

As released last week, Lord frost confirmed talks will bow be intensified from October 22 in order to reach an agreement.

He said: “We have agreed that a basis for negotiations with the EU & Michel Barnier has been re-established.

If the two sides fail to reach a deal, German insurance giant, Allianz have claimed the EU could face a £10billion loss.

Within that, Germany would shoulder a £7.4billion loss in annual trade.

France too would lose £3.3billion if a free trade agreement can be signed.

Johan Geeroms, risk director for Euler Hermes, a Dutch subsidiary of Allianz said: “We get a no deal Brexit, the entire export business to the UK will be overhauled.

“New agreements are needed for this.