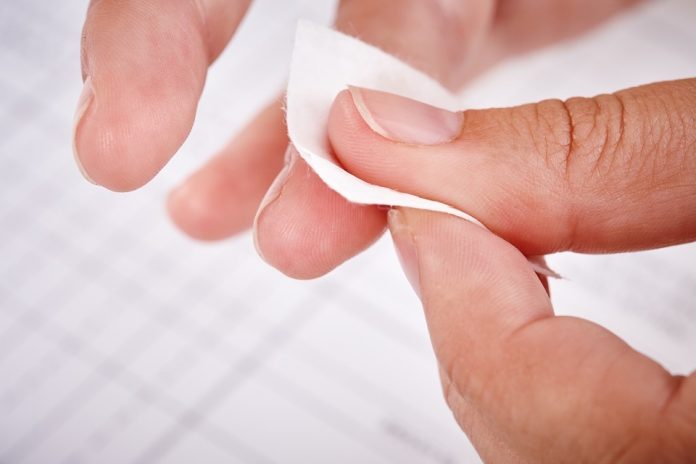 Over 365,000 randomly selected adults tested themselves at home using a finger-prick test between 20 June and 28 September to check if they had antibodies against COVID-19. Over this period, the proportion of people who tested positive for COVID-19 antibodies declined by 26.5%, suggesting antibodies reduce in the weeks or months after a person is infected.

The results of all 3 rounds of antibody testing indicate the first wave of the epidemic occurred over a relatively short period in March and April, and that there was a steep decline in the proportion of people who reported having COVID-19 symptoms and who tested positive for antibodies from early April, two weeks after national lockdown.

The results suggest that people who did not show symptoms of COVID-19 are likely to lose detectable antibodies sooner than those who did show symptoms. The findings also show the loss of antibodies was slower in 18 to 24 year-olds compared to those aged 75 and over.

This study led by Imperial and Ipsos MORI is a critical piece of research, helping us to understand the nature of COVID-19 antibodies over time, and improve our understanding about the virus itself. We rely on this kind of important research to inform our continued response to the disease, so we can continue to take the right action at the right time.

It is also important that everyone knows what this means for them – this study will help in our fight against the virus, but testing positive for antibodies does not mean you are immune to COVID-19.

Regardless of the result of an antibody test, everyone must continue to comply with government guidelines including social distancing, self-isolating and getting a test if you have symptoms, and always remember: hands, face, space.

It remains unclear whether antibodies provide any effective level of immunity or, if such immunity exists, for how long it might last. Everyone must continue to follow social distancing rules even if they have tested positive for antibodies.

Professor Paul Elliott, Director of the REACT programme at Imperial from the School of Public Health, said:

Our study shows that over time there is reduction in the proportion of people testing positive for antibodies against the virus that causes COVID-19. It remains unclear what level of immunity antibodies provide, or for how long this immunity lasts. If someone tests positive for antibodies, they still need to follow national guidelines including social distancing measures, getting a swab test if they have symptoms and wearing face coverings where required.

Helen Ward, one of the lead authors of the antibody waning report, said:

This very large study has shown that the proportion of people with detectable antibodies is falling over time. We don’t yet know whether this will leave these people at risk of reinfection with the virus that causes COVID-19, but it is essential that everyone continues to follow guidance to reduce the risk to themselves and others.

Over 365,000 members of the public have volunteered to take part in this at-home antibody study which involves a small finger-prick test. I’d like to thank all of those that took the time to participate in the study which provides another piece of information to help the government manage the pandemic for us all.

The REACT programme, which has been commissioned by the Department of Health and Social Care, is being carried out in partnership with Imperial College Healthcare NHS Trust and Ipsos MORI. It falls under pillar 4 of the government’s testing programme.

Read the report published for pre-print.

See an infographic on the report.

The first round of testing for antibodies took place between 20 June and 13 July.

The second round of testing for antibodies took place 31 July to 13 August.

The third round of testing for antibodies took place 15 September to 28 September.