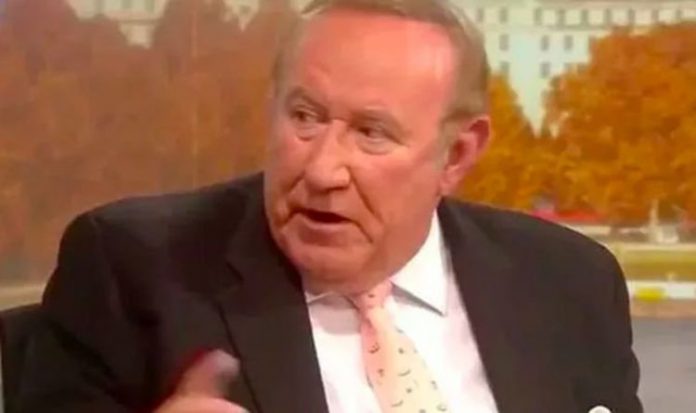 The outspoken political correspondent warned economic plans in the event Scotland leaves the Union would be “so messy” it would make current Brexit negotiations look like a “tea party”. Mr Neil’s intervention comes after Scottish economist and independence campaigner Tim Rideout tweeted: “You ask your bank to convert your £ mortgage into S£.

“They will issue you S£100k for the new mortgage and simultaneously convert that to £100k which they use to pay off your old mortgage.

“All internal. If in the initial period then 1 to 1 and no fx fee.”

But the BBC presenter warned this plan would see Scots’ mortgages “devalued”.

He responded to Mr Rideout: “He is indeed wrong on multiple fronts. Above all banks would be under no obligation to convert your mortgage to £S.

“So Scots with mortgages would end up paying £-denominated mortgages with quickly devalued £S, adding hugely to costs. Shouldn’t be giving such advice.

“New currency. Hedgies would short it because:

READ MORE: Sturgeon told SNP support will ‘melt away when confronted with facts’

“A divorce so messy would make current EU/UK talks look like a tea party.”

The SNP has previously voted to replace the pound with a separate Scottish currency “as soon as practicable” after independence at 2019’s conference.

But the move went against the wishes of leader Ms Sturgeon, who said she wanted a more gradual transition to a new currency.

Recently Express.co.uk revealed the SNP could look at pushing Scotland’s economy by bringing forward plans for a Scottish National Bank issuing its own currency.

A motion seen by Express.co.uk ahead of the SNP conference described the party’s commitment to creating an independent economic Scotland with its own Bank and currency via a second Scottish independence referendum.

The motion stated new legislation should be drawn up immediately after independence to establish a Scottish Central Bank to rival The Bank of England in London.

It claims the new institution should be called the Scottish Reserve Bank and would be headquartered in Edinburgh.

The motion, put forward by senior members added the bank would be “wholly owned by Scottish Treasury and have no share capital or external investors.”

It stressed: “The bank be headed by a president and directors appointed by the Scottish Parliament and should at all times be answerable to Parliament.”