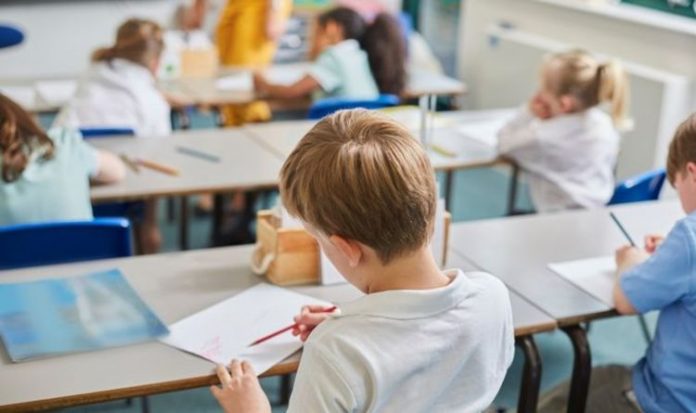 The Department for Education (DfE) issued the guidance last week for school teachers and leaders. They described anti-capitalism as an “extreme political stance” and said it was equal to the act of illegal activity. The move has come under fire from critics who said the ban effectively outlawed reference to key British historic events in schools.

What is anti-capitalism material?

The guidance from the DfE reads: “Schools should not under any circumstances use resources produced by organisations that take extreme political stances on matters.

“This is the case even if the material itself is not extreme, as the use of it could imply endorsement or support of the organisation.”

The document adds: “Extreme political stances include, but are not limited to… a publicly stated desire to abolish or overthrow democracy, capitalism, or to end free and fair elections.”

Other examples of anti-capitalism material include opposition to the right of freedom of speech, the endorsement of illegal activities, the violent actions against people or property, the use of racist and antisemitic language, and failure to condemn illegal activities done in support of their cause.

READ MORE: We’re failing our poor kids – we MUST give them HOPE says SHAUN BAILEY

He added: “On this basis, it will be illegal to refer to large tracts of British history and politics including the history of British socialism, the Labour Party and trade unionism, all of which have at different times advocated the abolition of capitalism.

“This is another step in the culture war and this drift towards extreme Conservative authoritarianism is gaining pace and should worry anyone who believes that democracy requires freedom of speech and an educated populace.”

“The idea that orgs are ‘extreme’ if they ‘promote divisive or victim narratives’ nods towards several orgs tackling Islamophobia, violence and racism.

“Anything challenging the status quo thus falls into this bracket, slyly targeting anyone raising issues of inequalities.”

The DfE is understood to be keen to stress that schools should be aware of their duties around impartiality and balanced treatment of political topics in the classroom.

A source in the Department said the guidance was specific to the relationships, sex and health education curriculum.

“Well, you don’t have to. Boris Johnson’s Government has just instructed schools to do exactly that.”

In a statement, minister for school standards Nick Gibb said: “Our new relationships, sex and health education (RHSE) guidance and training resources equip all schools to provide comprehensive teaching in these areas in an age-appropriate way.

“These materials should give schools the confidence to construct a curriculum that reflects diversity of views and backgrounds, whilst fostering all pupils’ respect for others, understanding of healthy relationships, and ability to look after their own wellbeing.”