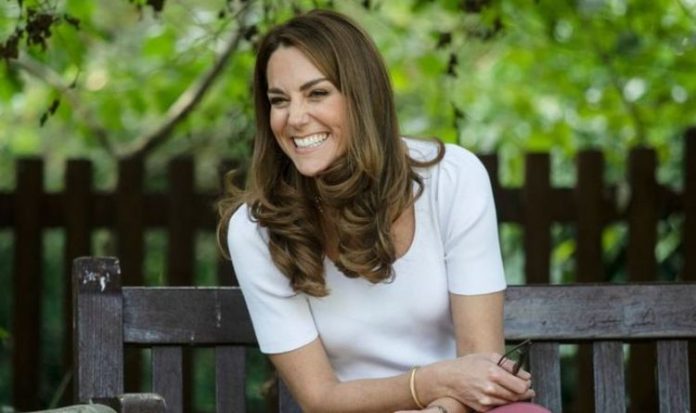 Eugenie, 30, broke the big news to her 1.2 million Instagram followers on Friday, saying she and her husband Jack, 34 were “so excited” for the bundle of joy to arrive early next year. The Princess of York included an adorable snap of her and her hubby holding an adorable pair of fluffy teddy slippers, with her sparky Padparadscha Sapphire engagement ring visible in the background.

The couple, who are due to celebrate their second wedding anniversary in October, were sent thousands of well wishes from fans and the post was “liked” more than 400,000 times.

The couple will no doubt be looking forward to welcoming another royal tot into the family to give Prince George, seven, Princess Charlotte, five, and two-year-old Prince Louis another playmate.

Kate, 38, and William, 38, and other relatives would likely have found out about the baby on the “royal cousins” WhatsApp group.

The group chat is used by the royals to communicate about personal matters.

Last year Prince Harry, 36, announced the arrival of Archie in the chat.

Mike Tindall, Zara’s husband, said members use it to arrange meetups for themselves and their children.

Royal pregnancies are usually shrouded in secrecy and the actual due date is not disclosed.

But as expectant parents usually do not go public until they have seen their baby at their 12-week scan, many royal fans assume Eugenie to be about three months along.

This would give the princess a due date of mid to late-March.

Eugenie could even be on track to welcome her baby on her 31st birthday, on March 23 2021.

This would put her on par with Kate, who gave birth to George when she was 31.

The trend is very different from the previous generation of royal wives, most of whom had their first child in their 20s.

Sarah Ferguson was 28 when she gave birth to her first daughter, Princess Beatrice.

And when Princess Diana had William when she was just two months shy of her 21st birthday.

Meghan was among the oldest royals to give birth for the first time when she welcomed Archie at the age of 37, which meant doctors classed her as having a geriatric pregnancy.