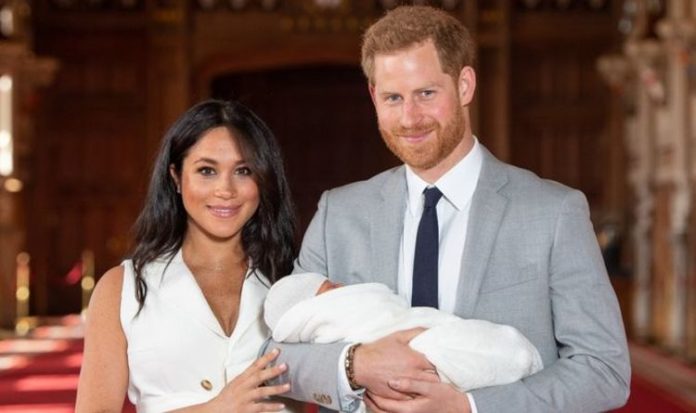 Meghan Markle, Prince Harry and their son Archie currently reside in California where they have remained for most of the coronavirus pandemic, having not set foot in the UK since March 2020. Born in the Royal Portland hospital in London in May 2019, Archie has scarcely been seen by the public as his parents keep him out of the limelight as much as possible.

He spent the first year of his life living in the UK with his parents prior to their departure from frontline royal life in March 2020.

The family subsequently moved temporarily to Canada, eventually settling in California, where Meghan is from.

They currently live in Montecito, a secluded hillside area of Santa Barbara.

Archie and his parents have not been back to the UK since the departure, most likely due to lockdown rules and the ongoing coronavirus pandemic.

Prince Harry is also likely to make an appearance alongside his brother Prince William at the unveiling of a statue of their late mother, Diana Princess of Wales.

The statue is being unveiled in the Sunken Gardens in London to mark what would have been Princess Diana’s 60th birthday on July 1.

It will be the first time the Duke of Sussex has returned to the UK since the couple stepped down.

One royal insider said: “An insider revealed, “Harry wants to come back for The Queen and Prince Philip’s big birthdays. But it looks likely it will be just him.

“If Meghan comes back, the feeling is that it would overshadow the occasion.

“People would only be looking at the ‘drama’ of it all. Of course she would be welcome, but a decision not to come would postpone that headache for a while at least.”

The last time the Cambridges and the Sussexes were seen together in public was at the Commonwealth Service at Westminster Abbey, an event which was widely interpreted as a frost reunion of the two couples.

There are also considerations regarding the ongoing coronavirus pandemic, with the UK and the USA being two of the worst affected countries in the world.

A separate source said: “It should be strongly stressed that there is still an element of uncertainty about this because of the unpredictable Covid situation, but the understanding is the Duke is more than likely to come back on his own.

“This is a personal and practical decision by the couple, but it would certainly help officials navigate what is likely to be a fairly tricky situation.”

The reports have not been confirmed by the Royal Family or the Duke and Duchess of Sussex.