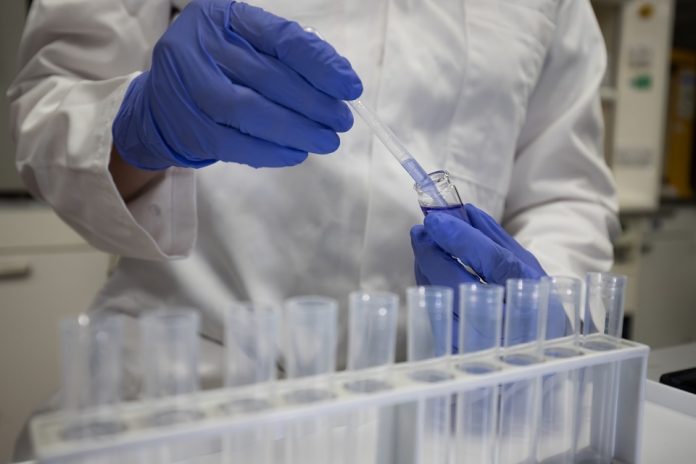 Thousands more critically-ill patients will soon be able to benefit from life-saving treatments made from UK-sourced blood plasma, as the government lifts a decades-old ban on donations of plasma in the UK being used to manufacture some medicines.

The medicines, known as immunoglobulins, are manufactured from blood plasma donated by the public and are used to treat several serious diseases and conditions, such as for those with severely reduced immune systems due to long-term cancer treatment or people with antibody deficiencies.

By lifting the ban in England, the government can start to use plasma donations from UK blood donors to manufacture these life-saving medicines for NHS patients.

The ban was introduced in 1998 in response to concerns over the spread of a human variant of BSE, known as ‘mad cow’s disease’, called Creutzfeldt Jakob Disease. Experts in medicine safety at the independent Commission on Human Medicines (CHM) have now advised the use of UK-sourced plasma to manufacture these treatments is safe and can recommence supported by a set of robust safety measures.

Following expert advice, I am pleased we are now able to lift this ban to help thousands of NHS patients access these potentially life-saving treatments as quickly as possible.

The move will also help England become self-sufficient and we will not have to rely only on imports from other countries, ensuring every NHS patient can always access the treatments they need.

The safety of NHS patients remains our absolute priority and we have put in place robust precautionary measures to ensure every batch is safe.

Convalescent plasma is currently being trialled in the UK for the treatment of COVID-19 and, if the results are positive, this would mean immunoglobulins from plasma donated in the UK could in future be used as immunoglobulins to treat coronavirus patients.

Up until now, the UK has depended on imports of blood plasma from other countries – mainly the US – to manufacture these treatments. Due to a large rise in global demand for immunoglobulins, both plasma and these treatments have experienced ongoing pressures on supply in the UK and around the world in recent years. The impact of the COVID-19 pandemic has also meant a significant drop in plasma donations from the US, further increasing pressures on supply.

The lifting of the ban will bolster the supply chain and improve the self-sufficiency of the UK in producing its own treatments. The government will also introduce a new condition to ensure UK plasma is used first for UK patients and not exported to meet contracts elsewhere.

My son’s condition means he cannot make the antibodies he needs to protect him against infection and we rely on a lifesaving medicine called immunoglobulin to keep him well and healthy.

Removing the ban on the use of UK plasma means the UK can start to become more self-sufficient in producing immunoglobulin products. This is a good thing for people like my son as it increases the security of supply of the treatment he relies upon to fight infection.

The Medicines and Healthcare products Regulatory Agency (MHRA) undertook a comprehensive review of the evidence on the safety of UK blood plasma for the manufacture of immunoglobulins late last year. The CHM then made the decision that it would be safe to lift the ban in the UK for this specific treatment, requesting that all collectors and manufacturers abide by a number of robust safety standards and risk mitigation measures, including the ability to trace donations from donor to patient. Every medicine will be individually reviewed and evaluated by the expert teams at the MHRA.

I am very pleased that after our thorough review of the evidence, there is now the potential to produce life-saving treatments from plasma donated in the UK for the benefit of NHS patients.

Patient safety is at the forefront of all the work we do, and as with any medicine available in the UK, the MHRA ensures that robust safety standards have been met before treatments made from plasma can be given to the public.

Because the ban has been in place since 1998, NHS Blood and Transplant currently collects around 350,000 litres of plasma each year as part of their ongoing whole blood donations for hospitals, of which 100,000 is used for transfusion and the remaining 250,000 is discarded or not used to manufacture medicines, as it is common practice in other countries where a ban is not in place. Following the decision to lift the ban, the whole blood donations from generous donors will be used to save and improve even more lives, by using the plasma from those whole blood donations to also make medicines for patient care.

We are so pleased that our donors’ gifts will now be able to save and improve even more lives in the years ahead. This is an exciting day for donors and patients alike.

NHSBT will be working closely with DHSC and NHS England to operationalise this ministerial announcement as soon as possible. There is growing global demand for these vital medicines so it’s important that the UK develops its own supply for UK patients.

We also look forward to exploring the opportunity of fractionating convalescent plasma for the production of hyper-immunoglobulins to treat COVID-19.

Chris Townsend OBE has been appointed to work as an independent adviser supporting the government on developing plans for use of plasma for treatments for UK patients.

Chris Townsend OBE said:
> The Plasma programme is an extremely important project with the potential of treating clinically ill patients suffering from a range of medical conditions.
>
> I’m honoured to be working with such a talented group of scientists and glad to be able to apply my experience of successful programme governance and delivery in support of this vital work.

In April 2020, Chris Townsend was appointed CEO of the government’s shielding programme to protect the clinically extremely vulnerable. This role involved bringing together national and local government and the food industry to provide wide-scale support including food, medicine and social care for the most clinically vulnerable in society.

Prior to his role in the Ministry of Housing, Communities and Local Government, Mr Townsend has had over 25 years of senior management, marketing and commercial experience delivering major technology and infrastructure projects including his role as the Commercial Director for the London Organising Committee for the Olympic and Paralympic Games from 2006 to 2012 for which he was awarded an OBE in 2013.

From 2014 to 2017 Mr Townsend was CEO for BDUK (Broadband Delivery UK), responsible for the rollout of superfast broadband across the United Kingdom achieving 95% coverage.