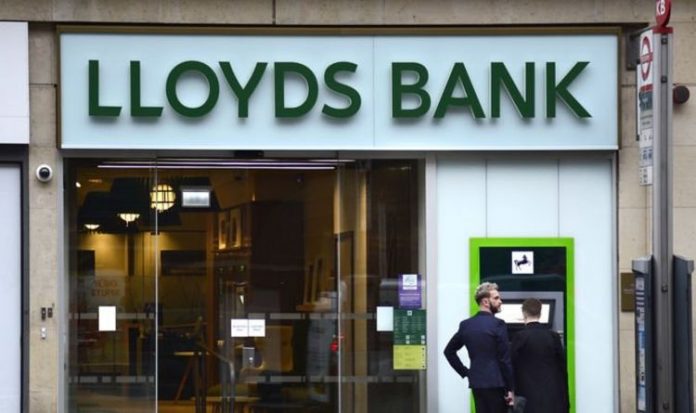 Experts warned if this trend continues at the same rate all High Street branches could be gone within 12 years. But TSB warned that Covid had led to a “marked shift” from traditional walk-in branches to digital services requiring an overhaul of its operation. Consumer experts and pensioners’ groups said the “drastic cuts” highlighted a worrying trend which left thousands of customers cashless.

Gareth Shaw, the head of money at Which?, said: “These drastic cuts will be a huge blow to customers who rely on face-to-face banking.

“They highlight that the alarming rate of UK bank branch closures shows no signs of letting up.”

Dennis Reed, the director of pressure group, Silver Voices, said: “This is a most disturbing trend.

“Businesses are using the cover of the pandemic to redesign the service and retail sector in order to reduce labour costs.”

Caroline Abrahams, the charity director at Age UK, said: “Thanks to the pandemic, we are now hurtling towards becoming a cashless society.

“Cash is incredibly important, helping older people to budget effectively if they’re on a tight income.”

Dominic Hook, the national officer of white collar union Unite, hit out at the betrayal of loyal staff and added: “Customers will be deeply hit by these branch closures.

“We have argued for some time that financial services have a social responsibility not to walk away from local customers who need access to banking in bank branches.”

TSB said the latest blow for high street services was caused by a “significant shift in customer behaviour” as people switched to online banking or mobile apps.

The Spanish-owned but Edinburgh-based company said its restructuring programme had already been planned but was accelerated because of Covid.

Chief executive Debbie Crosbie added: “Closing any of our branches is never an easy decision, but our customers are banking differently – with a marked shift to digital banking.

“We are reshaping our business to transform the customer experience and set us up for the future.

“This means having the right balance between branches on the high street and our digital platforms, enabling us to offer the very best experience for our personal and business customers across the UK.”

The High street bank has said it will cut around 900 jobs (Image: Aaron Chown/PA )

She said that 290 TSB branches would stay open, adding: ”We remain committed to our branch network and will retain one of the largest in the UK.”

But research by Which? revealed last month that 3,588 bank branches have closed since January 2015 – averaging 55 per month.

Among the major players to pull up the shutters in that time were NatWest – which closed 1,084 branches, including Royal Bank of Scotland and Ulster Bank.

The pandemic has dramatically accelerated the shift to online banking because housebound customers were restricted to internet shopping.

Even on the high street, shoppers moved away from cash to contactless cards because of the perceived health risk of notes and coins.

The number of people using the apps of nine major high street banks surged 32 percent – from 7.8 million to 10.3 million – during crisis-hit March and April.

Barclays – which saw its football drop 60 per cent during Covid – closed one of its London branches when it was found to have just 80 customers.

Mr Shaw called for the financial watchdog to monitor how banks make decisions to close down banking services.

“Our research shows that many firms are closing branches despite still being used regularly by customers.

“Although banks have commercial challenges, they have been far too quick to close large numbers of branches without considering what the long-term impact will be on those who rely on them.

“There is clearly still demand within communities for a bricks and mortar location where people can do their banking in person.

Mr Reed added: “It’s older people who will fall by the wayside as the introduction of a cashless society is rushed forward without the necessary safeguards.

“It seems like our stake in society is being whittled away and that older people’s lives and preferences have little consequence.

“Cash deserts caused by branch closures will increase isolation and enhance the risk that older people will fall into a spiral of neglect and despair.

“Just like the introduction of the pandemic app which relies on the possession of a modern smartphone, the demise of local branch banking ignores the needs of millions of senior citizens”.

A spokeswoman for banking trade body UK Finance said: “Growing numbers of customers are opting to use new technologies to manage their money at a time and place that’s convenient to them.

“But technology is not for everyone and bank branches continue to play an important role in the life of local communities, meaning decisions to close them are never taken lightly.

“We are working closely with the Financial Conduct Authority on implementing its Branch and ATM Closure or Conversion guidance.”

closure of so many more local bank branches will be a serious blow for each and every community affected.

Millions of older people across the country, particularly those who are not online or confident with mobile banking, rely on their services.

The loss of bank branches and a rapid move towards online banking over the past few years has caused significant problems for many older customers, particularly those with visual impairments and dexterity problems.

These problems are inevitably exacerbated when branch closures coincide with poor public transport locally and a lack of ATMs, making it increasingly difficult for customers to access their money.

Thanks to the pandemic, we are now hurtling towards becoming a cashless society which will have a hugely detrimental impact on many older people.

Cash is incredibly important, helping older people to budget effectively if they’re on a tight income, pay back a carer or friend who makes small purchases on their behalf.

If they’re not online or in an area with poor connectivity it’s an essential back up if other ways to pay don’t work for them.

These are the people who need continuing access to a convenient and affordable payment method that they can trust, and having access to a local bank is a big part of that.

Banks should not be allowed to close local branches without putting viable alternatives in place for their older and more vulnerable customers.

They must start thinking more strategically about how they can support all of their customers to carry out their essential banking in an accessible and secure way.