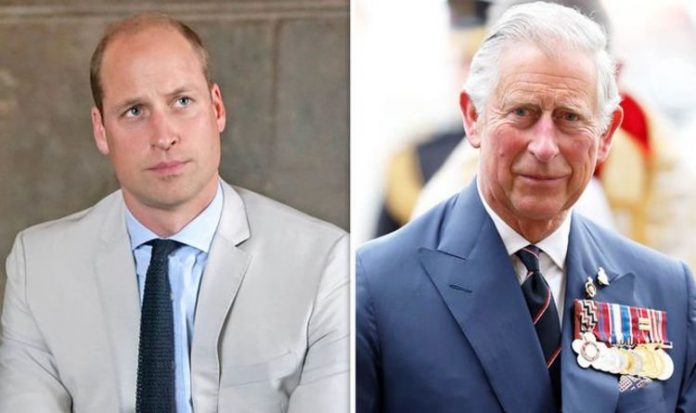 Prince Charles and Prince William’s offices shared this morning the poignant messages the senior royals offered to Kuwait’s Royal Family in the wake of the death of the emir. Prince Charles spoke of the kindness paid to him by the Kuwaiti emir as well as the terrible loss suffered by the country he has ruled since 2006.

His son William highlighted Sheikh Sabah’s work as a diplomat in the Middle East.

The Prince of Wales wrote in a letter dated September 29: “Your Highness, I was deeply saddened to learn of the death of your dear brother, High Highness Sheikh Sabah Al Ahmed Al Jaber Al Sabah, and I particularly wanted to convey my most heartfelt sympathy to Your Highness, your family and to the people of the State of Kuwait at such a very sad time.

“As a leader, and a humanitarian, the late Amir’s wisdom and commitment to peace and stability were very greatly admired, and I can well imagine how deeply his loss will be felt by so many people.

“I will always retain the most special and affectionate memories of His Late Highness, whose kindness to me over so many years will never be forgotten.

“I can only offer Your Highness my renewed condolences, together with my warmest best wishes, and assure Your Highness of my commitment to the bonds of friendship and co-operation which have for so long existed between our two countries.”

He first travelled to the country in 1989 with Princess Diana, during a key tour to the Persian Gulf.

During their visit, they had an audience with Sheikh Sabah as well as lunch together.

The Prince of Wales returned to Kuwait with Camilla, Duchess of Cornwall, in 2007.

The Duke of Cambridge has visited for the first time the Middle Eastern country last year, during a four-day solo tour which brought him to Oman too.

Expressing his sorrow for the death of the 91-year-old emir, William said: “I was saddened to hear of the passing of His Highness Sheikh Sabah Al Ahmed Al Jaber Al Sabah.

“I was privileged to meet His Highness during my visit to Kuwait last year and know that he will be fondly remembered for his global humanitarian efforts and commitment towards regional peace.

“I send my sincere condolences to the Kuwaiti people as they mourn the death of His Highness.”

Prince Charles and Prince William’s messages come after the Queen offered her sympathy to the Kuwaiti people in a personal letter addressed to the brother of the emir, Sheikh Nawaf al-Ahmad al-Sabah.

Recalling the state visit to the UK of Sheikh Sabah in 2012, the Queen said: “Your distinguished brother devoted his life to the service of the State of Kuwait and especially its relationship with its allies and friends.

“I have deeply walked his friendship towards the United Kingdom, and his memorable State Visit in November 2012.”

Sheikh Sabah died at the Mayo Clinic in Rochester, Minnesota, where he was recovering after undergoing surgery in July.