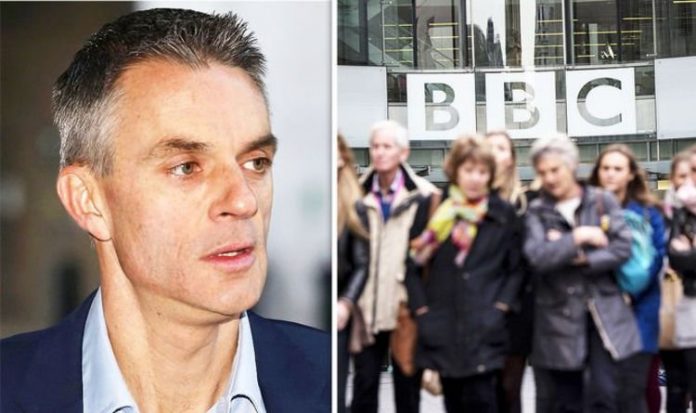 The Corporation has come under fire this weekend after a new report found that BBC 1, BBC 2 and Radio 4 were “biased” towards left-leaning voters and Remainers. The research, conducted by the Campaign for Common Sense, found that three-quarters of prime time slots were favoured by that group. The findings came after a warning from Mr Whittingdale, who stated that the BBC needed to focus on underserved communities and groups to survive.

Mr Whittingdale, who served as Culture Secretary under Theresa May’s government in 2015, was impressed by BBC Director General Tim Davie but felt more needed to be done.

He felt that the Corporation had to change the way it “served audiences” after they had “lost sight” of their goal to function for all communities within the UK.

While Mr Whittingdale was “greatly encouraged” by Mr Davie’s plans to reform the BBC, he pointed out that they needed to better understand their viewers.

He believed there was still a need for public service broadcasters but due to the world being “completely different” since the inception of Netflix and YouTube more needed to be done.

Mr Whittingdale pointed to Channel 4 as a model, which was “originally set-up with the specific remit to serve audiences that otherwise weren’t really catered for”.

“Should they go on doing what they are doing? Should we change the remits? Do we need to have strong obligations as previously have alway been in place?

JUST IN: The Office: BBC’s fear for show after ‘lowest focus group score ever’

“The answer to the basic question, ‘Do we still need public service broadcasting?’ Is almost certainly yes.

“But how should it adapt to what is a completely different world?”

Mr Whittingdale argued there was a “strong case” that the BBC should “do more to be seen serving audiences in the north of England” especially.

He said: “They maybe feel they are not as properly catered for at the moment but that’s not enough for just Channel 4 to do that, the BBC needs to think about that.

“I think the leveling-up agenda is one that all broadcasters needs to think about and we’re very keen to see that addressed.”

During an interview on BBC Radio 4 last month, Mr Whittingdale said it was “extremely important” for the corporation to be different to other broadcasters.

Mr Whittingdale felt that there would be “a little bit of overlap” between the BBC and commercial radio stations but it needed “to be distinct”.

John Whittingdale was interviewed on the Media Show on BBC Radio 4 in November. It is available to listen to here.