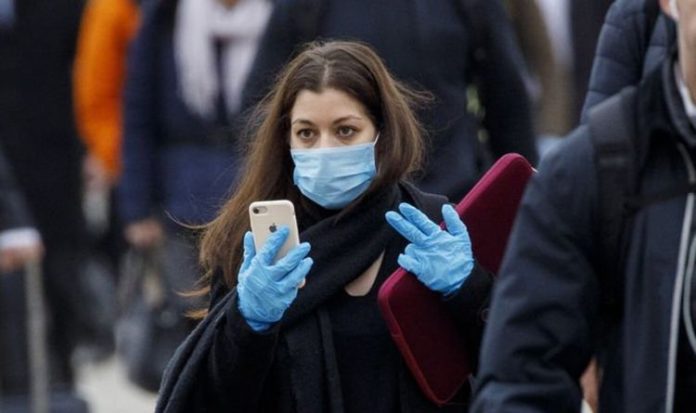 London’s Coronavirus case count has shot up in recent weeks, with totals now rivalling other parts of the country on stricter measures. The city exited the countrywide lockdown earlier this month on Tier 2, but rates have now made it England’s Covid hotspot. Data shows a total of 191.8 infections per 100,000 people between November 30 and December 6, prompting warnings the city could soon move to the top tier.

Could the Government split London into both Tier 2 and Tier 3?

London’s current situation has courted outrage across the UK, as people accuse the Government of playing favourites.

Ministers have not yet moved the city into Tier 3 despite the caseload, and now rumours have emerged they may choose to split it into two tiers, a consideration not given to other cities.

According to the Mail on Sunday, Health Secretary Matt Hancock is considering the move amid pressure from Tory MPs.

A letter to the Prime Minister from MPs seen by the publication warned a blanket Tier 3 decision would hurt people both locally and across the UK.

Other ministers, among them Michael Gove, have allegedly suggested only putting the worst-hit suburban areas under a more intense lockdown.

Plans would mean restaurants and pubs could remain open in central London, while those in more fringe boroughs would close.

Business leaders have warned blanket measures could cost the economy up to £3 billion.

Professor John Ashton, former regional director for public health in north-west England, added the Government needs to “get a grip” on the city or risk further deaths.

He told the BBC: “If London doesn’t want hospitals to be full over Christmas the Government need to get a grip today.

“Deaths will start going up during the Christmas period and new year unless something is done.

“London could become a super spreader, sending coronavirus to other parts of the country over Christmas and making a third wave of infections likely in January.”

“London always gets treated differently from the rest of the country because that is where parliament is and where a lot of the business community is.”

The next opportunity ministers will have to adjust regional lockdown measures comes on December 16.

Then, officials will meet to decide the tiered fate of England’s various regions.

Many areas have seen their infection rates drop, but others remain high-risk, such as Medway, Stoke-on-Trent and Kent, all sporting rates higher than 300 infections per 100,000 people.