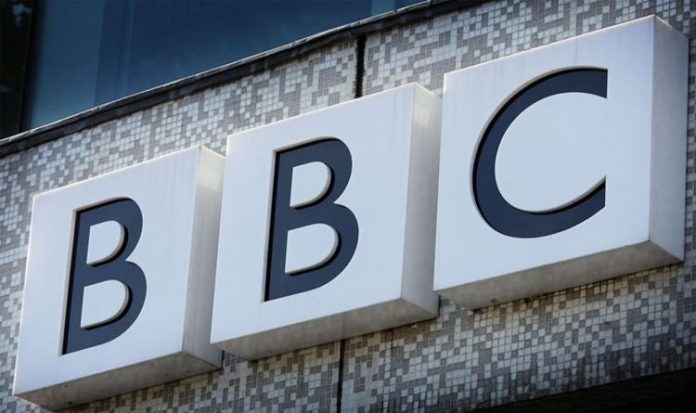 Unionists have criticised the BBC for broadcasting daily coronavirus briefings from Nicola Sturgeon which they argue are often politicised and should be led by a health expert rather than a politician. Ms Sturgeon is demanding a second referendum on breaking up the UK and will use May’s Scottish Parliament elections to seek a mandate to do so.

However, Boris Johnson has said he will deny any request as the matter was “settled” for a generation by the 2014 referendum when Scotland voted to remain part of the UK.

Speaking to the Scotland herald Mr Ross revealed he plans to complain to the BBC over its coverage.

He commented: “I am going to continue to challenge the BBC on this point and other points.

“For example, a very political tweet went up yesterday for a radio show asking if the public agree with the offer of support from the UK for the MoD to get involved.

“It just seems like the BBC trots out SNP lines rather than impartial, unbiased lines.

“There are serious concerns about the impartiality and the lack of bias that should be there from the BBC.”

As he remains a Westminster MP the party is led in the Scottish Parliament by Ruth Davidson.

“They don’t want to hear from opposition politicians and that is a very slippery slope to get into.”

In response to Mr Ross’ allegations a BBC spokesman insisted the corporation’s coverage is impartial.

He said: “We strongly refute accusations of bias.

“Our recent coverage of coronavirus and public health issues in Scotland incorporates a range of voices and perspectives.

“This allows us to bring news and views from around Scotland and beyond, involving politicians from across the political spectrum, as well as commentators, analysts and other experts.

“The BBC also provides live coverage of the regular UK Government briefings as well as those in Wales and Northern Ireland.”

Recent polling suggests the SNP are on track to win a majority at May’s Scottish Parliament elections.

Ms Sturgeon has insisted this will provide her with the mandate for another independence referendum.

However, Mr Ross has urged unionists to boycott any poll not approved by the British Government.

The Prime Minister argues there shouldn’t be another referendum at this time as senior SNP figures agreed the 2014 poll should be a “once in a generation” vote.

In response to Mr Ross’ allegations, a senior SNP party source, told Express.co.uk: “This is a shocking outburst from the Tories.

“It simply shows how rattled the Tories are to attack BBC Scotland for screening vital public health information.

“The First Minister is getting on with the job of helping steer the country through the COVID-19 crisis.”