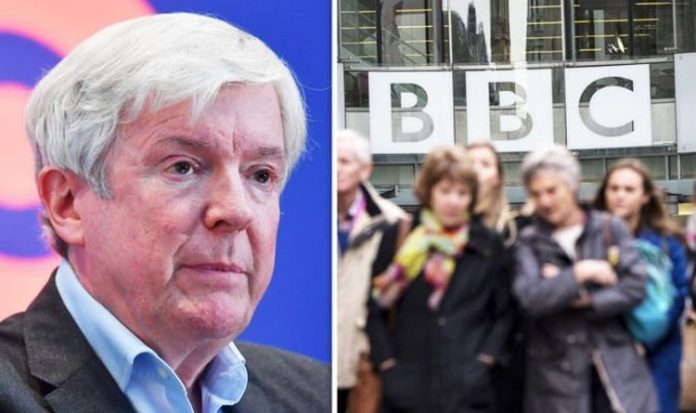 Around five million people in the UK were expected to lose their free TV licence in July after the BBC changed plans for the over-75s. Now only some from that age group who receive pension credits are eligible for the waiver. Lord Hall revealed the “tense” negotiations concluded with David Cameron’s coalition government’s forcing them to scrap the fee for those over 75. But in a sharp warning for the future, the former director general stated that everyone could be forced to pay.

Lord Hall explained that the BBC were still “finding ways” to charge the licence fee during his tenure and had explored multiple options.

Some included “cutting down” their costs by charging the sum, now £157.50 per year, through council tax or a means-test based system.

Lord Hall rejected suggestions of a household fee, similar to one charged in Germany, because “lenders can’t agree how much it should go up” each year.

He admitted that “every system had its downside” and that the BBC had a battle on its hands to find “an appropriate way” to fund itself.

During his inaugural speech Tim Davie, who previously served as CEO of BBC Studios, warned that “BBC can no longer be taken for granted” and that action was needed to secure its future.

On September 3, he explained that he did “not want a subscription BBC that serves the few” and that the corporation must serve everyone.

He said: “This is not just an obsession with youth, it is a determination, an obligation to make all parts of the UK feel it is their BBC.

“Ensuring everything we do is not only in line with public service values – that is no longer enough by itself – but also making the highest impact with our limited time and money.”