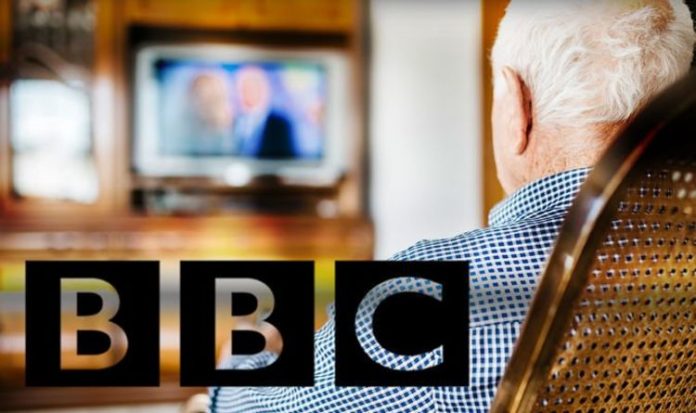 Rupert Lowe, a former Brexit Party MEP, said it was high time the corporation was defunded as the broadcaster’s latest move over the controversial change in pensioner’s TV licences came to light. Multiple people took to Twitter to say they had received an unwelcome letter through their mailbox emblazoned with the word: “Our records show your property has no TV licence.

“I visited today, to find out why.”

Mr Lowe blasted the BBC, saying: “This is just what the elderly need at the moment.

“They’ve been petrified by our Government and now the BBC are sending these threats in the post.

“’I visited today, to find out why’ – what on earth are they playing at? Time to @DefundBBC!”

One man said his elderly parents had received one of the letters telling them to pay the £157.50 licence fee – or face a hefty fine.

He called out the BBC for resorting to such tactics in the midst of the second wave of coronavirus which has forced old and vulnerable people back into shielding.

He tweeted: “My parents had this also, makes you sick they’re telling the elderly they must shield against COVID but a lot of them can’t afford to switch the TV on!”

Another man said: “The BBC behaves as if it’s the state broadcaster of China.”

A 28-year-old woman from Glasgow uploaded a snap of the letter she received through her front door.

She claimed to own a TV but says she does not watch BBC shows and therefore found it “wild” that the Beeb would send her a “threatening” letter.

The letters, printed with black and red writing, inform people about their supposed failure to cough up the licence fee.

They read: “You have not replied to our letters.

“So my visit today was the next stage of the official investigation into why your address doesn’t have a TV licence.”

Potential fines and possible prosecution over failure to pay the fee are then detailed.

A spokesperson for the BBC said the corporation would “make no apology” for chasing people over unpaid TV licences.

They said: “These letters have no connection to changes made to free licences for over 75s, they have not been sent to any older customers and TV Licensing will not be making visits to them while these changes are rolled out.

“For people not in this group, we make no apology for reminding them they must pay the licence fee.”