Rule, Britannia! and Land Of Hope And Glory have long been popular choices for British classical concerts. However, they have sparked a long and bitter debate in the last couple of days. At the beginning of the week, reports emerged claiming the patriotic songs were potentially going to be dropped from the BBC’s Last Night Of The Proms, due to their perceived association with colonialism and slavery.

Prime Minister Boris Johnson even waded into the row yesterday, saying it is time to stop “our cringing embarrassment” of British history.

However, the broadcaster ignored the criticism and has now said orchestral versions of the songs, but not the words, will be performed.

With no audience because of coronavirus restrictions, there will be no one to sing along to them either.

One Government source described the decision as “incredible” and signalled that ministers were taken aback by the decision because they had believed the BBC would back down and stick with tradition.

It is not the first time the Proms have sparked outrage in Britain, though.

In 2017, a German pianist broke tradition after he played a version of the EU Anthem on the first night of the festival.

Igor Levit played Beethoven’s Ode To Joy while wearing an EU flag on his lapel pin.

The 1785 song is most associated with the European project.

Speaking after the performance, BBC bosses claimed they were aware of Mr Levit’s encore plans.

A former UKIP spin doctor contacted Express.co.uk to complain about the BBC’s decision to apparently allow politics into what is one of its biggest and most celebrated cultural events of the year.

She said: “The anthem is played at official ceremonies involving the European Union and generally at all sorts of events with a European character.

“I can only imagine Beethoven, who had a disdain for authority and the sorts of people who thought themselves better than others on account of position, would have been spinning in his grave to know that a supranational political organisation which wants to unite the whole of Europe into one country has his music as their theme tune.

“The BBC seems intent on allowing something which should be solely about music to become about politics. And it will be worse for that.” 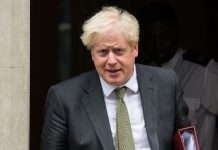 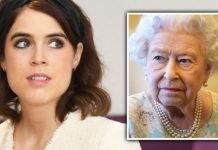 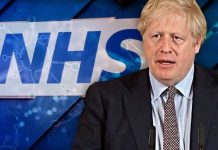 Coronavirus news: We’re only halfway – deaths near ONE MILLION as WHO issues warning | UK | News (Reports)