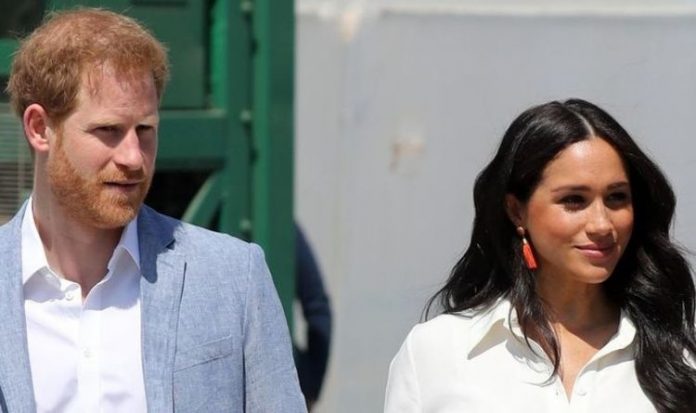 The Duke and Duchess of Sussex have been selected as possible candidates ahead of the Time 100 summit. Readers are encouraged to vote for whom they would like to see make it onto the list and so far nearly half of respondents have backed the couple.

Forty-nine percent of readers who gave their opinion on the pair said they deserve a place on the list while 51 percent said they did not.

Despite Meghan and Harry’s fans campaigning for the couple, so far support for the duo is lagging behind that for Black Lives Matter protesters.

When asked if BLM demonstrators should make it onto the list nearly eight in 10 (78 percent) of respondents said yes.

Fifty-four percent of Time readers who voted said the veteran talk show host is worthy of making it onto the Time 100 list.

While BLM protests have dominated headlines for months, the coronavirus pandemic has also led to a surge in support for healthcare and essential workers across the globe.

When asked if healthcare workers should be named some of the world’s most influential people, 84 percent of voters said yes, while 83 percent said the same for key workers.

Due to the pandemic, this year’s summit will not take place with guests.

One person wrote: “I think this is an old measurement that doesn’t reflect our reality.

A second said: “Definitely Donald Trump is the most influential person in 2020.

“His actions have impacted almost every country on earth.

“Most countries changed policies according to Trump decisions.

“Trump is the buzzword for both the supporters and the haters.”

And a third said “all those COVID warriors be it police, doctors, nurses, cleaners or shopkeepers” should be recognised for their work.

But Meghan and Harry’s fans said the royal pair were the most deserving of a spot on the list.

One person said: “Vote for my babies Harry and Meghan!”