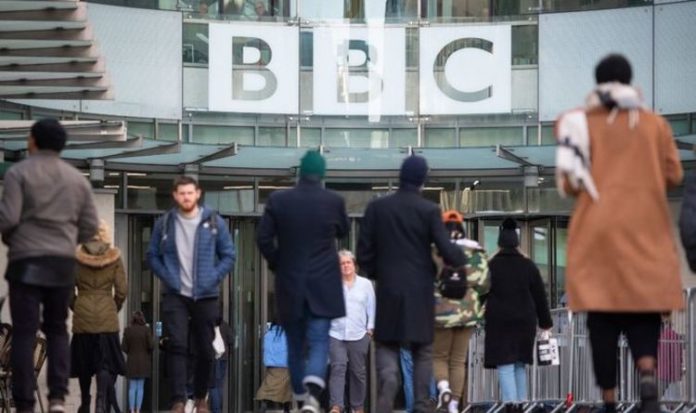 The TV watchdog’s annual appraisal of the broadcaster’s performance said younger viewers spending less than an hour a day consuming BBC content and even treated services such as the iPlayer as an afterthought. The report found the 16-34 age group’s use of the BBC had slumped by 22 percent in the last three years as online platforms such as YouTube, Netflix and Spotify proved a more attractive proposition.

It said said younger audiences only clicked on the iPlayer “when they know what they want to watch, rather than as a destination to browse for new content”.

Over-55s have always been seen as the corporation’s bread and butter audience, using and valuing it the most.

But the regulator’s report said: “For the first time, satisfaction levels among audiences who typically use the BBC the most, and have been most satisfied with it, are beginning to show signs of waning.

“The need to respond to audiences’ habits and changing markets is becoming more urgent.

“The number of people engaging with the BBC has continued to fall across nearly all BBC services, and at a faster rate among young people.”

The report said there some groups “who continue to be less satisfied with the BBC, particularly people in Scotland, those in lower socio-economic groups, and disabled people”.

READ MORE: BBC savaged for being ‘profligate’ with money and ‘warped priorities’

The report covers the period April 2019 to March 2020, before free licences for the over-75s were scrapped in August.

“This year, our research does indicate the first signs that that level of satisfaction is starting to decrease.

“So that means their audience numbers are also beginning to decline.”

The report states: “Overall audiences to the BBC are in gradual decline.

“It reached 87 percent of adults in 2020 compared to 92 percent three years ago.

“If audiences do not consider the BBC a core part of their viewing, they may not see value in the licence fee.

“The BBC also needs to broaden its reach and appeal to a wider range of people, in particular audiences from minority ethnic backgrounds and those in lower socio-economic groups.”

Ofcom said it expected to see the BBC “transitioning from being primarily a broadcaster on TV and radio channels to one that focuses on delivery through its digital on-demand services”.