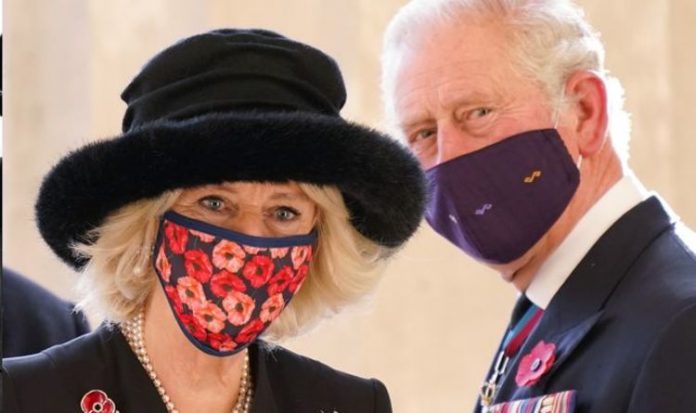 Netflix’s release of the controversial new season of The Crown may have “completely overshadowed” Prince Charles and Camilla, according to royal commentators. HeirPod host and ABC royal contributor Omid Scobie spoke to ABC foreign correspondent Maggie Rulli about the Prince of Wales and Duchess of Cornwall’s latest international engagement. The experts explained why this was supposed to be a “significant moment” for the royal couple.

Mr Scobie told listeners: “I felt for Prince Charles and Camilla this week.

“They’d travelled to Berlin for the National Day of Mourning.

“They attended a wreath-laying ceremony at one of the war memorials there, and this central Remembrance ceremony at the German Parliament, which was of course was a very important moment for them.

“It was the first time that members of the Royal Family had truly gone overseas to another continent in this era of COVID.”

He continued: “It should have been a significant moment in Charles and Camilla’s work this year.

“Of course it was completely overshadowed by this new season of The Crown.

“This is a couple that are often overshadowed by bigger royal stories taking place elsewhere.”

Ms Rulli added: “Also they were overshadowed by themselves, which is such a bad twist of fate. That must really rankle them.”

They said: “That isn’t right or fair, particularly when so many of the things being depicted don’t represent the truth.”

“There is no sense of telling carefully nuanced stories – it’s all very two-dimensional. This is trolling with a Hollywood budget. The public shouldn’t be fooled into thinking this is an accurate portrayal of what really happened.”

Speaking of an imagined interaction between Prince Charles and Lord Mountbatten, he said: “In my own head I thought that would have even greater impact on Charles if it were to come post-mortem, as it were. I think everything that’s in that letter that Mountbatten writes to Charles is what I really believe, based on everything I’ve read and people I’ve spoken to, that represents his view.