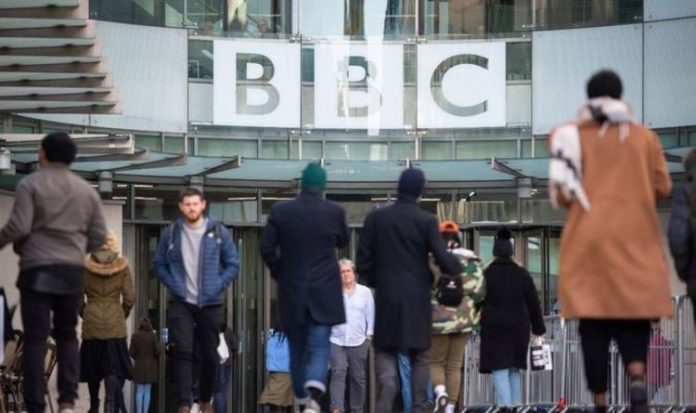 ‘Taking Control: The Dominic Cummings Story’ aired on March 18, 2020 and focused on the “career, character and thinking of Dominic Cummings, with contributions from a range of critics and admirers”. But the BBC said it received a complaint from a viewer who argued the programme overall was biased against Mr Cummings (lacking “sufficient balancing opinion”), and gave the impression that he was prepared to be recklessly violent towards political opponents; that he had ‘tribalist’ ‘neo fascist’ prejudice against Muslims; and that he was a liar who grossly misrepresented statistics in order to further his political aims”.

The BBC’s Executive Complaints Unit (ECU) considered the complaint in light of the Corporation’s “editorial standards of impartiality and accuracy”, and found one element of the programme “risked misleading viewers”.

The ECU posted on its website: “The attribution of prejudice against Muslims related to a sequence which included the following quotation from a paper entitled “How Demographic Decline and its financial consequences will sink the European Dream” published by a think tank directed by Mr Cummings: “The consequences of economic stagnation coinciding with rising Muslim immigration cannot fill anyone familiar with European history with anything other than a sense of apprehension, at least, about the future of the Continent”.

The ECU agreed that, in the context of this sequence, the quotation tended to support the impression complained of.

“In the think tank paper the quotation stood in a context which pointed to Europe’s relative difficulty in integrating immigrants, rather than anything connected with Islam, as the source of tension, and the paper itself concluded “There is little reason to be optimistic about Europe’s capacity to avoid a growth of extremist political activity, or its desire to avoid the traditional response of polities in crisis – blaming foreigners”.

“In the ECU’s judgement, the quotation would have conveyed a different impression in the programme if more had been done to reflect its original context.

“As this risked misleading viewers, there was a breach of the BBC’s standards of accuracy, and this aspect of the complaint was upheld.”

A BBC spokeswoman said of the ruling: “We note the findings of the [unit’s] partially upheld complaint in relation to accuracy and also note that complaints regarding impartiality were not upheld.”

But three out of the four aspects of the complaint made by the viewer to the BBC were not upheld by the ECU.

BBC news: The programme focused on the ‘career, character and thinking of Dominic Cummings, with contributions from a range of critics and admirers’ (Image: GETTY)

The complaints unit found: “On overall balance, while noting the complainant’s estimates of word-count and the distribution of opinion among contributors, the ECU considered that the editorial intention of the programme was as much expository and analytical as evaluative, and that the range of views it contained was sufficient to ensure due impartiality in relation to its controversial elements.

“This aspect of the complaint was not upheld.”

For another aspect of the complaint, the ECU wrote: “The reference to Mr Cummings as “prepared to be recklessly violent towards political opponents” related to the claim made by Colin Perry, formerly of the CBI, that after they had taken part in a radio debate Mr Cummings had attempted to push him downstairs and had pinned him to a wall with a raised fist.

“Mr Cummings not having responded to the programme-makers’ request for his comments, the programme reiterated his previously expressed denial: “Cummings said that he and Colin Perry had stumbled into each other”.

“As the particulars of the incident were known only to the protagonists, and in the absence of further information from Mr Cummings, the ECU took the view that the programme had done enough to observe due accuracy and impartiality here, and this aspect of the complaint was not upheld.”

A third aspect of the complaint investigated by the ECU found: “The complaint that the programme represented Mr Cummings as “a liar who grossly misrepresented statistics in order to further his political aims” related to a section of the programme which discussed his work for Business for Sterling.

“In this section, it was made clear that Business for Sterling relied on a survey which put the cost of joining the euro at more than £34 billion, whereas another estimate, by a consultancy firm, put it at less than £12 billion, and that Mr Cummings had had the idea of making a comparison with the cost of the NHS (prefiguring an element of the referendum campaign).

“It also made clear that Business for Sterling’s figures, in relation to both the euro and the NHS, were “strongly contested” by critics, but this was no more than a statement of fact, and the programme offered no view on which figures were closer to the truth.

“In the ECU’s judgement this section of the programme did not give the impression complained of, and this aspect of the complaint was not upheld.”

In conclusion, the ECU ruled the complaint over accuracy was “partly upheld”.

The BBC’s new Director-General Tim Davie has insisted impartiality is his top priority as he looks to improve relations with the Government before the next licence fee settlement.