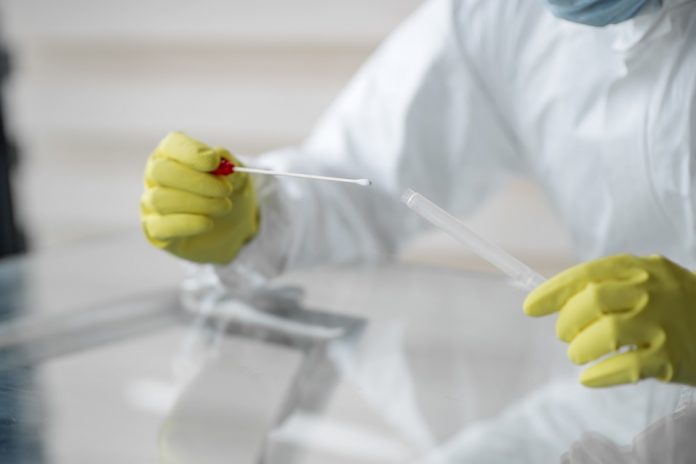 NHS Test and Trace is reaching significantly more people as cases continue to rise across the country. More than 550,000 cases and contacts were successfully reached and told to isolate in the week before Christmas, many of whom might otherwise have gone on to unknowingly spread the virus to their loved ones over the festive period.

In a week when the number of positive cases transferred to the contact-tracing system increased by 52% compared with the previous week, contact tracers have redoubled their efforts to ensure that the great majority of cases and contacts continue to be reached.

Not only are more cases being reached, but they’re being reached more quickly too, with 80.2% reached within 24 hours, compared with 77.1% the previous week.

These improvements have been brought about by operational changes such as improving the contact-tracing website, introducing more effective systems for contacting members of the same household, and further increases to the number of local authority tracing partnerships.

Due to growing demand over the holiday period, and the emergence of a new and more transmissible strain of coronavirus, the service has prioritised making more tests available so that anyone who needs a test can get one. Nearly 2.4 million people were tested at least once during the reporting week, with labs processing ever greater numbers of tests. This increased demand and supply has resulted in a temporary dip in turnaround times, but tests are available for anyone who needs one.

NHS Test and Trace remained open every day over Christmas and will continue to do so over New Year, providing and processing tests for those who need them and tracing contacts of positive cases.

NHS Test and Trace’s vastly expanded test site network now has more than 700 test sites, including 400 local test sites, in operation. The median distance travelled for a test increased slightly due to the high demand in some areas, but remained low, at just 2.8 miles, compared with 5.1 miles as recently as September. More than 50 million tests have been processed in the UK in total since testing began, more than any other comparable European country.

The improvements we’ve made to the contact-tracing process over the past months are really bearing fruit now, with record numbers of people being successfully contacted by the service. It’s important to remember that every single successful call our contact tracers make is another person prevented from the risk of unknowingly spreading this awful virus to the people around them.

As we enter the new year, I would urge the public to heed our advice on ‘Hands. Face. Space’, and not to hesitate to book a test if they have coronavirus symptoms.

I would like to thank everyone who has been working so hard over the festive period to keep NHS Test and Trace running, processing huge numbers of tests, ensuring that anyone who needs a test can get one, and reaching the great majority of people who test positive and their contacts to help ensure they self-isolate.

Turnaround times have temporarily increased over the festive period as we deal with huge increases in demand, but we continue to make tests available to anybody who needs one, while our labs are processing ever greater numbers of tests.

I am hugely grateful for the hard work and dedication of the NHS Test and Trace team and our partners over this challenging festive period.

The NHS COVID-19 app was the second most downloaded free iPhone app on its App Store in the UK this year and has been downloaded more than 20.9 million times.

More than 50 million tests have been processed in the UK in total since testing began, more than any other comparable European country.

The NHS Test and Trace laboratory network will also be processing samples as normal with the same level of capacity, including on bank holidays, to ensure continuity of service.
Testing capacity for those with COVID-19 symptoms has increased 7-fold in 8 months, from 100,000 a day at the end of April to more than 700,000 a day.

Between 17 December and 23 December, 407,603 people were identified as recent close contacts (up from 287,756 the previous week), with 96.4% for whom communication details were provided reached and told to self-isolate, which was consistent with the previous week, despite the increase in cases transferred.

Since NHS Test and Trace launched, 84.7% of close contacts for whom contact details were provided have been reached.

Over the past few months our teams have been working incredibly hard to make the contact-tracing service as effective as possible and NHS Test and Trace has now reached more than 4 million people.

The statistics from week 30 of NHS Test and Trace show in the most recent week of operations (17 December to 23 December):

NHS COVID-19 app users in England, who have been instructed to self- isolate via the app, will be able to claim the £500 Test and Trace Support Payment, providing they meet the eligibility criteria.