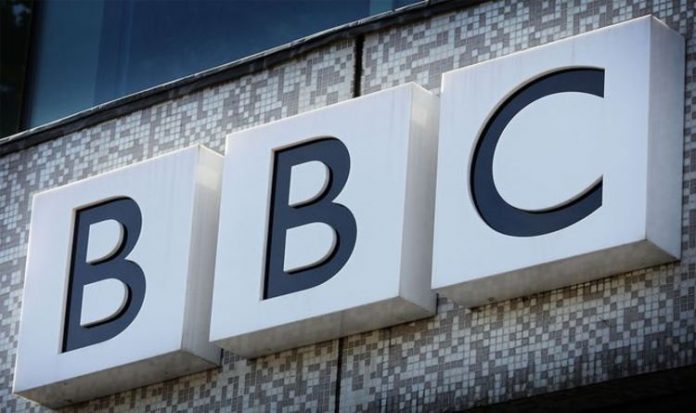 Defund the BBC is sending the leaflets, titled “You do not have to pay”, which explain how people can “legally cancel” their TV licences. The document argues the BBC’s mode of operation is outdated and has been left redundant by new technology like online streaming services.

It adds: “Over recent years the BBC has cared less and less about its duty to provide impartial content that unifies and reflects the British people outside the M25.”

Defund the BBC was founded in June by James Yucel, a Glasgow University student.

Within 48 hours of its launch the group had attracted more than 62,000 followers on Twitter.

Speaking to the Sunday Telegraph Rebecca Ryan, campaign director for Defund the BBC, argued the licence fee has become outdated.

She said: “Defund the BBC is working to inform the British public on how they can cancel their TV licence without fear of prosecution.

“The BBC’s system for catching and prosecuting non-licence fee payment disproportionately affects women and the poorest and most vulnerable in society. This must stop.

“Decriminalising non-payment of the licence fee is only the first step.

“It is totally unreasonable to force people, by fear of imprisonment, to pay the BBC in order to watch non-BBC live TV.”

In return for funding from licence fee payments the BBC is supposed to produce politically impartial content.

The BBC’s editorial guidelines state: “The BBC is committed to achieving due impartiality in all its output.

“This commitment is fundamental to our reputation, our values and the trust of audiences.

“The term ‘due’ means that the impartiality must be adequate and appropriate to the output, taking account of the subject and nature of the content, the likely audience expectation and any signposting that may influence that expectation.”

However Defund the BBC argues the corporation is failing to meet this requirement.

In response to the Sunday Telegraph a BBC spokesman commented: “The licence fee continues to ensure the BBC is an independent, universal broadcaster, committed to serving everyone and to investing in British creativity.

“It is the agreed method of funding the BBC until at least 2027.

“There’s always debate about the funding model and we’re happy to do that – but the right time to do that is as part of the next Charter discussions.”

The BBC, founded in 1922, is the oldest national broadcaster in the world.