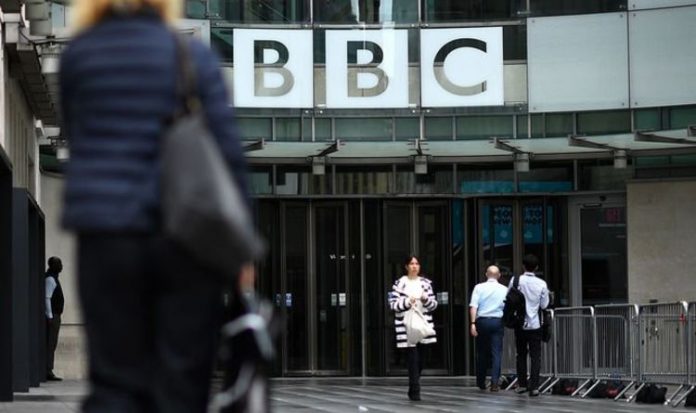 Ofcom warned the BBC last year it was at risk of losing the next generation of potential licence-fee payers if the broadcaster failed to attract younger viewers who are “increasingly tuning out of its services”. Over the last few months the BBC has ramped up efforts to keep younger people entertained, including looking at bringing back BBC Three after four years off the air, which had a target audience of 16-34 year olds. A new brand campaign by the BBC was also unveiled last month to showcase the iPlayer as a competitor to other global streaming giants including Netflix, Disney+ and Amazon Prime.

It comes as Culture Secretary Oliver Dowden asked the corporation to set out its financial needs as negotiations over the cost of the licence fee from 2022 are currently underway.

However, former governor of the BBC Lord Anthony Young admitted the corporation is facing a “challenge” to convince younger audiences to keep paying £154.50 a year for a TV licence.

He told Express.co.uk: “It would be a real challenge to survive.

“I know there are those that recommend it but I don’t think it is a good option to pit us against the other subscription services.

BBC on brink: The BBC could face a (Image: GETTY)

“It is the defining difference between public service broadcasts and the range of other competitions that are out there.

“We have got a challenge in ensuring that the next generation sees it as value for money.

“That is what we have got to work at.

“But I can’t see any other viable options.”

The licence fee is guaranteed until 2027 but there is a debate about the BBC’s funding beyond that.

The Government is believed to be hoping the television licence fee settlement process will be finished by autumn next year, where it will then come into force on April 1, 2022.

Mr Dowden said last week: “Public service broadcasting is woven into the cultural fabric of the UK, but to remain relevant and meet people’s needs in the digital age it must evolve.

“We are taking a step forward in our roadmap for reform of the BBC and beginning negotiations to agree the cost of a TV licence from 2022 so that it offers fee payers the best value for money.”

Ofcom warned the BBC last year it was at risk of losing the next generation (Image: GETTY)

The BBC’s new director-general Tim Davie admitted he doesn’t support a subscription service for the BBC.

He warned that the BBC currently faces a “significant risk” and has “no inalienable right to exist”.

Mr Davie said: “If current trends continue, we will not feel indispensable enough to all our audience. We must evolve to protect what we cherish.”

The BBC’s iPlayer attracted 570 million requests to stream programmes during lockdown in May, which was up from 564 million programme requests in April.

But it is not known what direction the BBC will take if the Government stops funding.

The BBC also angered older viewers over the last year when free TVs licence for those aged over the age of 75 were scrapped.

The BBC’s new campaign, called “Like nowhere else” aims to attract new, younger viewers who “maybe don’t think of the BBC or iPlayer as a place for them”, according to Helen Rhodes, executive creative director of BBC Creative.

She added: “We like the idea that we’re not taking our content that seriously – there’s some real sort of fun to be had with it.

“We are part of culture, and being in constant dialogue with audiences is an interesting space to be in.”

“This campaign was born out of the fact that iPlayer has both live and on-demand content, which makes it more attuned to British culture than any of the other global streaming platforms could be.”

“We’re celebrating the crazy, unique Britishness that the platform can represent.”