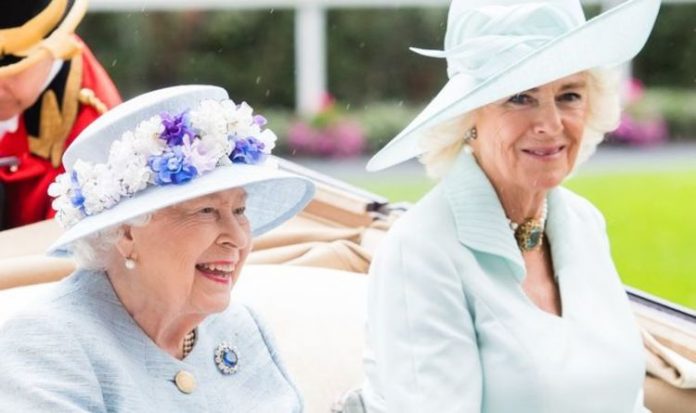 Camilla, the Duchess of Cornwall used her most recent in-person royal engagement to make a “little nod” to her mother-in-law, the Queen. The Duchess of Cornwall had visited the Battersea Dogs & Cats Home Old Windsor with her own dog, Beth, in tow. HeirPod hosts Omid Scobie and Maggie Rulli discussed the “sweet” appearance, and the work Camilla had “highlighted”.

Ms Rulli told listeners: “I have to say she looked fantastic, I noticed her face mask in particular.

READ  Property value surge: Half of our homes pay for themselves as prices soar | UK | News (Reports)

“For a lot of it she was able to take it off, but when she wore it, it had little paw prints on it.

“She was even getting into the Christmas spirit there and hung up an ornament of a corgi.

“Obviously a little nod to the Queen and the Queen’s love of corgis.”

She added: “So I do love all of the little cute, holiday doggy things that were going on.”

Mr Scobie agreed, also explaining why the engagement itself had been significant.

He told listeners: “It was a lovely visit – animal shelters have really been under strain this year through lack of resources and funding.

“Of course, many people have taken on dogs and cats, even if it’s just to foster, during this period of lockdown and restrictions.”

The Duchess’ dog is a Jack Russell Terrier that she had adopted from Battersea.

READ  Passport to safety – open to all suppliers, large and small

In the end, Beth stole the show with what Mr Scobie dubbed as the “standout moment of engagement”.

Camilla’s dog did the honours of unveiling the plaque for the shelter.

Using “little trickery” by placing a sausage at the end of the rope, Beth managed to pull down the covering sheet.

The podcast hosts jokingly praised it as “the greatest plaque reveal in royal history”.