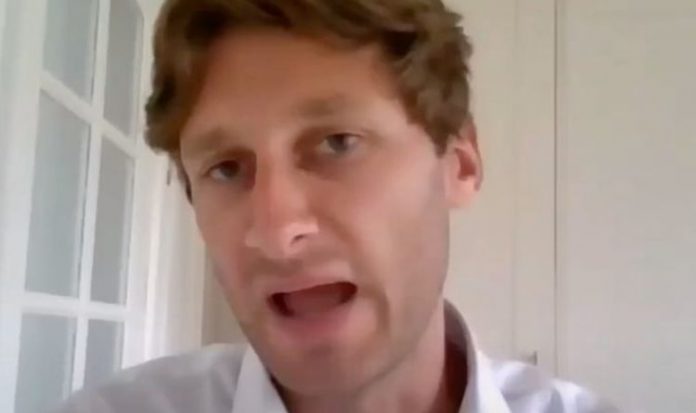 Speaking to the BBC Radio 4’s Today’s host, Mr Fielding claimed Tier 3 coronavirus restrictions imposed only on certain areas of the country will not help stop the viurs from spreading further and will cause more economic damage to the nation. The Labour Party’s Oldham council leader argued a short national circuit breaker would be the “logical” and cheaper solution. He said: “What we’re seeing is Tier 3 restrictions being imposed on more and more parts of England as we go through the weeks and effectively it looks like we’re heading to a national lockdown by the backdoor anyway.

“So, the logical solution to me would be to take the advice of your national scientific advisers, do the short circuit breaker lockdown which would be much less painful because it would for a shorter period and it would be cheaper because you’ll only have to provide that financial support for those few weeks.

“Whereas this could run on and on beyond Christmas.”

But the Labour politician’s argument backfired when BBC host Nick Robinson said: “You talk of logic, but there’s something slightly puzzling about this, isn’t there?

“How does that make sense?”

The clash comes as Sir Keir Starmer claimed a circuit breaker lockdown is needed to get the R-rate down and reverse the trend of coronavirus infections and hospital admissions.

The Labour Party leader has sparked fury across the country for urging the Government to plunge the UK into aa temporary second national shutdown.

Conservative MPs in areas like Norfolk, Cornwall and Somerset have sounded the alarm over the Opposition leader’s call.

Twenty MPs have written to Labour saying they have much lower COVID-19 rates than Manchester.

He claimed that the Government’s own top scientific advisers have told him such a strategy has no guarantee of success and will result in job losses and hardship.

The mayor said: “They are asking us to gamble our residents’ jobs, homes and businesses and a large chunk of our economy on a strategy that their own experts tell them might not work. We would never sign up for that.”

He told the BBC: “The Labour leader is calling for national restrictions.

“Why won’t Keir Starmer himself pick up the phone to say to Andy Burnham, ‘show some leadership in Manchester and put the country first’?”