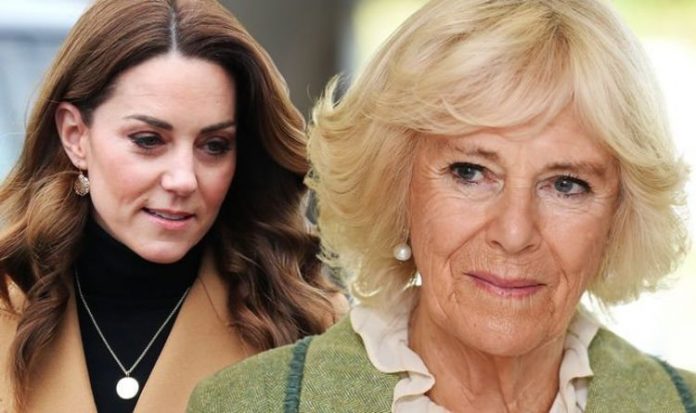 The author writes: “While Kate’s medium-to-long-term objective was quite simple – to lead William in handcuffs to the altar – for the time being, she had to devise her own independent career path as camouflage.

“This was a matter of both personal and public tactics.

“In neither respect would it help Ms Middleton to appear the slightest bit needy – and of course there was the ultimate unthinkable possibility that she might end up getting dumped!

“In that event, the woman who would be known for the rest of her life as the girl-that-Wills-let-go would unquestionably need a plausible career to provide a clear shape to the rebuilding of her non-royal identity.”

Despite mounting speculation that William would pop the question, the pressure of their royal relationship caused he and Kate to break up for a bit in 2007.