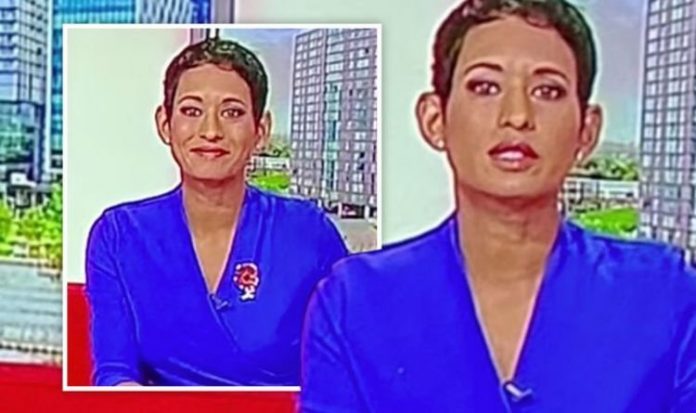 Last week, the BBC issued new guidelines for staff that aim to “ensure the highest possible standards of impartiality across the organisation”. This includes following social media accounts which reflect only one point of view on matters of public policy, politics or “controversial subjects” may create a similar impression. The new rules sparked some Twitter users to question whether this applied to wearing Remembrance Day poppies, after noticing Naga and Charlie appeared to have taken their poppies off minutes into their breakfast show on Friday.

The red poppy can be seen as controversial by some people, including those from Irish Republican backgrounds who reject British rule.

Defund the BBC campaign group demanded the broadcasting corporation provided a “plausible explanation” about why the poppies were removed.

The group said: “We’re still waiting for a plausible explanation for the BBC’s decision to remove poppies.

“The fact it has international viewers is not satisfactory when the corporation is funded by taxing the British people under the guise of public service broadcasting.

The BBC has come under fire over its new guidelines (Image: BBC)

“We are not claiming that other BBC presenters aren’t wearing them. We’re asking for a plausible explanation for why these two presenters removed them, beyond ‘we have international viewers.’”

Some eagle-eyed viewers shared their anger on social media after noticing the presenters suddenly looked different.

Another added: “The poppy should be free from all interfering nonsense or political views.

“It only stands for respect to lives lost.”

A third person said: “Time for me to bow out of BBC licence.

“I simply can’t carry on supporting an organisation that does not respect my core values, uncomplicated as they are.

“One of them is respect for young people who sacrificed their lives during both world wars to allow us to live in peace.”

However, it is not known if he received a reply.

His message on Friday said: “I see this morning your two BBC “talent” for some reason started broadcasting this morning wearing poppies and then removed them.

“Why was this? Did someone complain?

The BBC has faced further criticism over its £157.50 licence fee (Image: EXPRESS)

“If so, I must reflect to you the insult felt by constituents who have since contacted me.”

Other people questioned whether staff were no longer allowed to wear poppies under Mr Davie’s new rules on impartiality.

A Twitter user wrote: “According to these BBC guidelines, employees can no longer support Children in Need, Sports Relief, Comic Relief or the Poppy Appeal.”

Another added: “Is the wearing of a poppy by BBC journalists ‘virtue signalling’ under Tim Davie’s new guidelines?”

The new rules are said to have been imposed on staff working in news (Image: GETTY)

The new rules are said to have been imposed on staff working in news and current affairs, including Countryfile, The One Show and Woman’s Hour.

They will not be allowed to reveal how they have voted or express their support for any political party.

Staff will also be banned from sharing their views on any policy or current political debate, particularly if it is regarded as a “controversial subject”.

Journalists have also been told they must not support campaigns through the use of hashtags or use emojis.