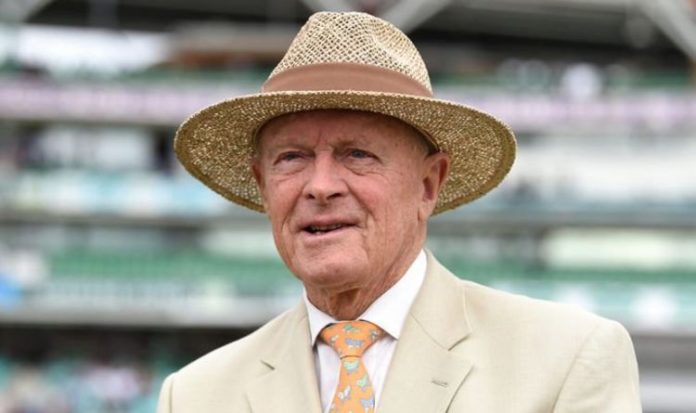 The England cricket legend has condemned the direction the BBC is taking and claimed the corporation has “sacrificed quality for equality” and is now focused on “political correctness”. The former Yorkshire batsman spent the last 14 years working on the BBC’s Test Match Special (TMS) before his contract ended last summer. The coronavirus pandemic escalated Sir Geoffrey’s exit from the commentary box after his health meant he could not work in the bio-secure bubble.

Sir Geoffrey, who was famous for his conservative batting-style and outspoken rants about player performances on TMS, has given a damning verdict of the format of the BBC programme.

The 80-year-old said: “They have sacrificed quality for equality. It is now all about political correctness, about gender and race.

“When you work for them you are wary and frightened of saying anything.

“It is a minefield out there and that is sad.”

The BBC Royal Charter specifies the corporation “acts in the public interest, serving all audiences through the provision of impartial, high-quality and distinctive output and services which inform, educate and entertain”.

The financial model of the BBC has also come under fire amid the rise in popularity of subscription services such as streaming giant Netflix.

In August, the BBC sparked a major backlash after it removed the free TV-licence for millions of over-75s.

The taxpayer-funded service has also been criticised for its spending after accounts revealed staff salaries had risen by 3.4 percent to £1.5billion this year.

The Department for Culture, Media and Sport is conducting a review of the future direction of the BBC.

Sir Geoffrey, who received a knighthood last year after being recommended by former Prime Minister Theresa May, predicted the current BBC model could be scrapped in the future by the Government.

Speaking to the Daily Telegraph, he added: “I think long after I am dead there will be a government come along who will take away the BBC’s funding and they will have to go private, out into the real world like ITV and Sky because at the top, it is not run particularly well.”

The current licence fee model guaranteed until the end of the current charter on December 31, 2027.

Speaking to a virtual Ofcom conference last week, he said: “I haven’t seen a model that beats the current one at the moment, a universally funded licence fee.

“That’s what the BBC needs to focus on. Under my leadership, we’ll focus on that.”