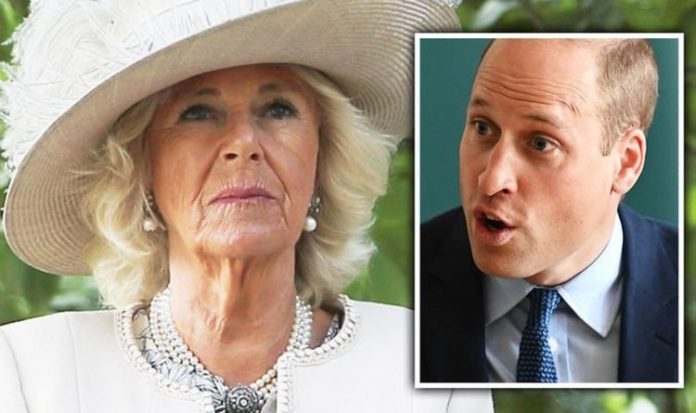 Prince William, 38, and Prince Harry’s, 36, complex relationship is the subject of a new book. Royal historian and author Robert Lacey charts the princes’ journey from best pals to rivals in “Battle of Brothers: William, Harry and the Inside Story of a Family in Tumult.” As heir William has been raised to be more reserved than his passionate younger brother Harry, nonetheless Mr Lacey claims the future king is prone to furious outbursts at times.

Touching upon the alleged clash to have taken place between William and Harry after Wills question whether his relationship with Meghan was moving “too fast”, Mr Lacey writes: “This is rather to the credit of both siblings since that for all disagreement that has driven them to opposite sides of the globe in 2020, Diana’s two sons have fundamentally stayed loyal to each other and to their brotherhood.

“The details of their clash have remained private to the two of them, with a minimum of recriminations getting shared with the outside world.

“And this also reflects, of course, the precautionary protocols of living life in any capacity inside the royal fishbowl- the less said about a problem and shared with others, the safer. Both brothers know the rules.”

While William and Harry managed to keep the precise details of their spat out of the public eye, Mr Lacey claims there was huge anger on both sides, including William’s.

Mr Lacey continues: “As she has described it, William holds nothing back.”

The author claims William can be pushed to “release his fury” when he feels his father isn’t “living up to his job as future king.”

He writes “The prince can summon up a wrath to match the importance he attaches to his role as future king, and if his father fails to live up to William’s view of the job, the young man releases his fury.”

Prince William is second in line to the throne and will become king following his father Prince Charles, 71.

Despite rumours Charles could abdicate in favour of William, it still seems likely Charles with take the crown after Queen Elizabeth II.

Unlike his brother Prince Harry, William was raised with a keen sense of his royal destiny and is said to be highly protective of the British monarchy.

Prince Harry and his wife Meghan Markle ditched their royal roles in March and have since settled in the USA.

Since stepping down as senior royals Meghan and Harry expressed their views on controversial topics including the upcoming US election.